At a press conference on Wednesday, it was announced that the Da Nang International Fireworks Festival (DIFF) 2018 will take place in the city from 30 April to 30 June. 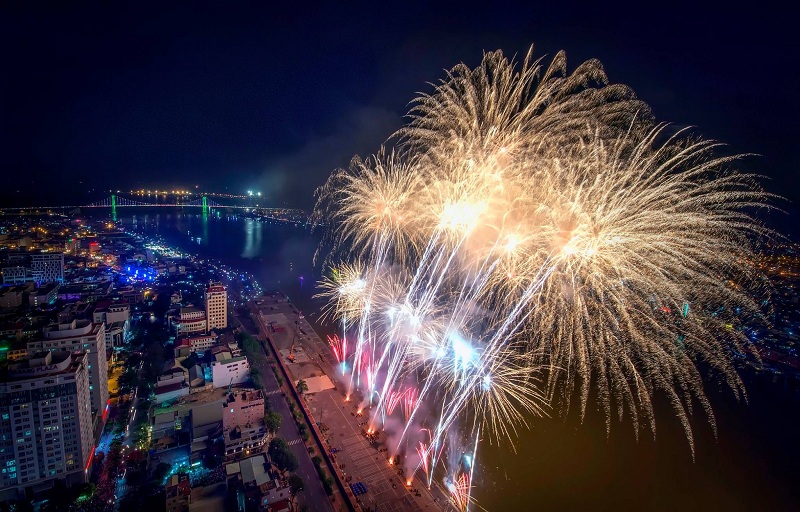 A total of 8 teams will compete at the event, namely Poland, France, the US, Italy, Hong Kong (China), Sweden, Portugal, and Da Nang-Viet Nam.  They will compete in 5 performances on the Han River over a 2-month-long period.

The host Da Nang-Viet Nam and Poland will perform on the opening night on 30 April, whilst the teams from France and the US will do the 2nd night on 25 May.

The 2 most outstanding teams will compete in the final rounds on the closing night on 30 June.

The 5 performance nights will be entitled ‘Love’, ‘Time’, ‘Happiness’, ‘Aspiration’ and ‘Friendship’, respectively.

All firework performances will be broadcast live on the Viet Nam Television (VTV).

Entitled ‘the Legend of Bridges’, the festival will feature fireworks performances based on the image of bridges that participating teams bring to the event.  It depicts the culture, people, history and landscapes of the 8 participating countries.

The fireworks will be set off at the former Han River Port near the Novotel Hotel on Bach Dang, whilst viewing stands for spectators will be set up on the eastern bank of the Han River, again as in previous years. 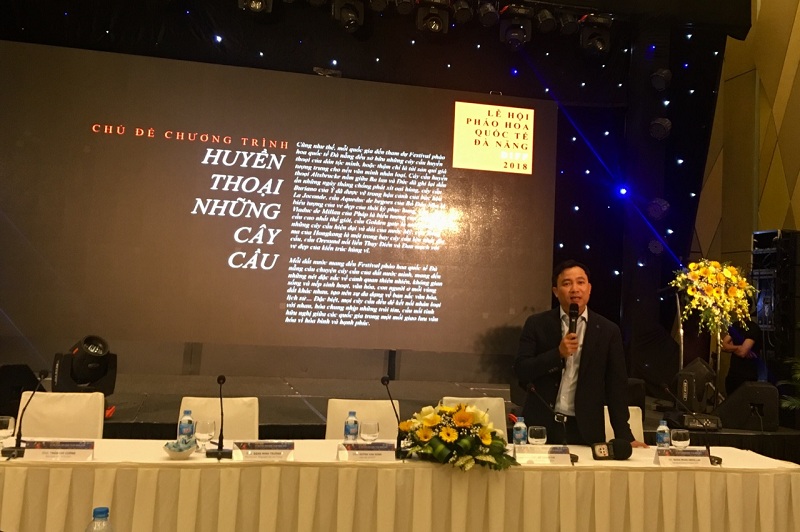 Vietnamese meritorious artist Do Thanh Hai will be the festival’s General Director.  During the 5 performance nights, visitors will be treated to impressive performances by hundreds of famous domestic singers and dancers.One of the differences this year is that the stand A in front of the main stage will be bigger and more imposing than last year.  In addition, all viewing stands will be installed with big LED screens to allow audience members to enjoy fascinating fireworks and arts performances.

On the sideline of the 2-month-long festival, both local residents and visitors arriving in the city will be treated to a wide range of exciting cultural activities.

Notable amongst the support events will be a fascinating street carnival, a joint-performance flashmob show for local students and pupils, and a special cuisine festival.

Regarding the prevention of epidemic acute respiratory…

Municipal Department of Culture and Sports Director Huynh Hung remarked that the city authorities and the real estate developer Sun Group – the organiser of this year’s festival, are joining great efforts to ensure the careful preparations for the upcoming festival and promote the professionalism in organising this international-level event.  The intention is to make DIFF a ‘must-visit’ festival for international friends, and to help the city to affirm its position as ‘Asia’s Leading Festival and Events Destination’.

Sun Group’s General Director Dang Minh Truong said that the focus will be on overcoming shortcomings found during DIFF 2017 in a bid to make this year’s event more attractive to both locals and visitors.

Mr Truong said he hoped that DIFF 2018 would attract thousands of visitors to Da Nang, and it will soon join in the International Festival Forum-UNESCO featuring international cultural, arts, sports and entertainment festivals.

Cultural activities and festivals along Han river in Danang 2020