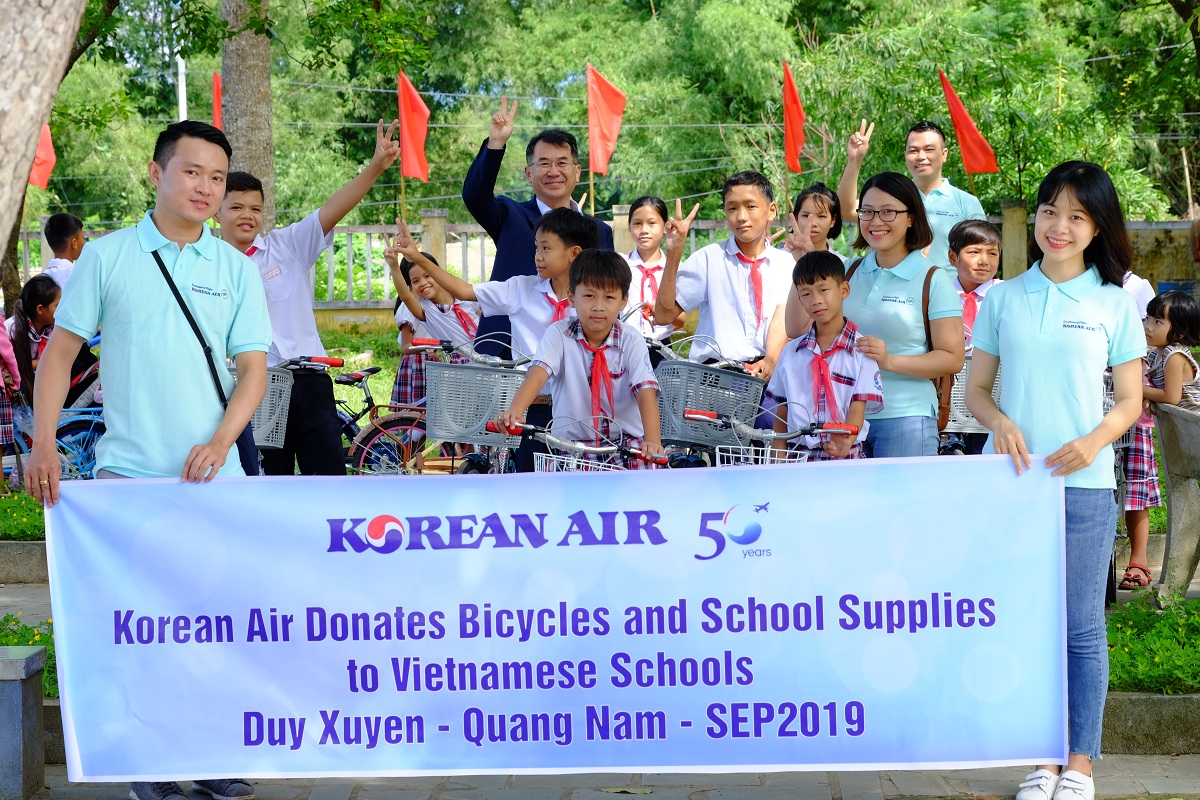 Korean Air has been donating bicycles to students in rural areas of Vietnam since 2018 as part of its corporate social responsibility program. Through these donation, Korean Air supports children who are pursuing their dreams in a challenging environment.

Employees from the Korean Air Da Nang office visited Duy Thu elementary school, one of the four schools that received the supplies. On the same day, Korean Air donated 40 bicycles, 60 backpacks and 40 footballs to underprivileged schools recommended by the Quang Nam Education Office. 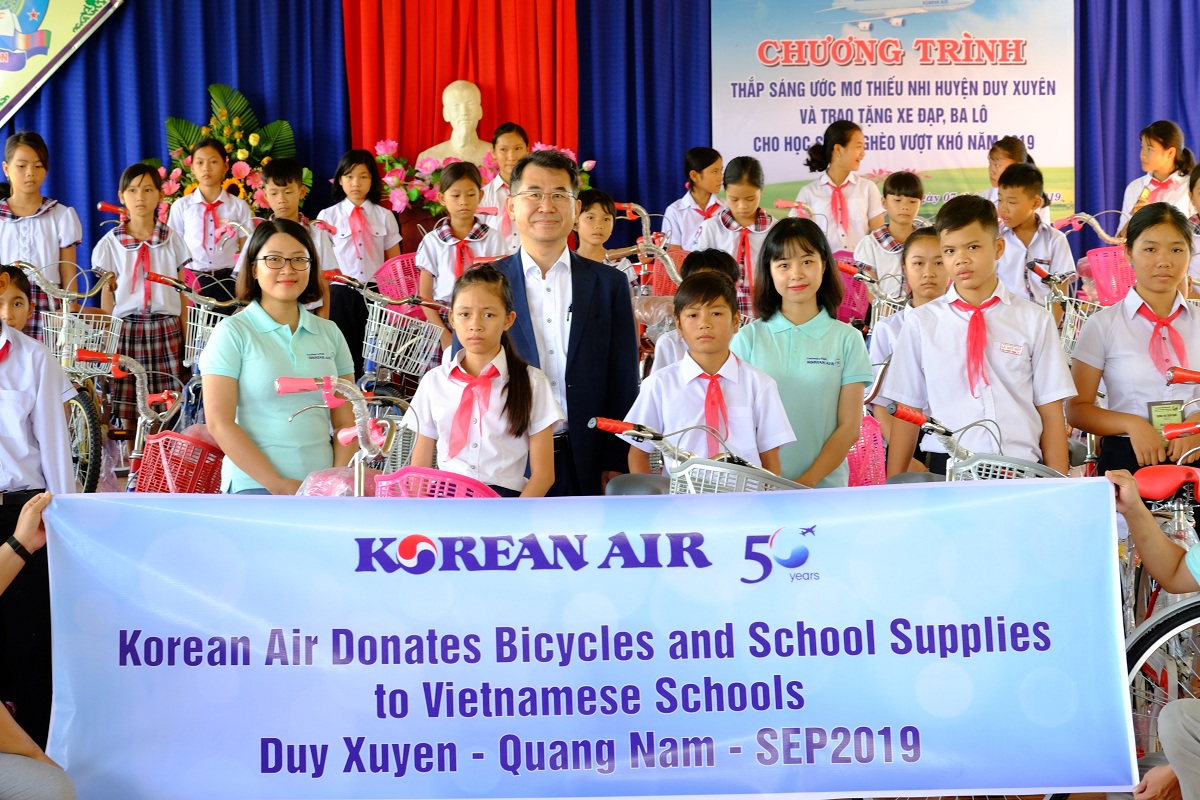 Students will use the bicycles to commute to school every day. As the schools are located in mountainous areas, students do not have access to public transportation, which means many students walk 5 to 7 kilometers every morning to school. The airline also donated footballs to encourage pupils to partake in physical activity.

On September 12, the airline will donate another 60 bicycles to Binh Khanh secondary school in Ben Tre province, located 85 kilometers south of Ho Chi Minh City. Following this donation, the total number of bicycles donated to Vietnamese students will stand at 260.

Korean Air is actively engaged in supporting local education and culture in its destination cities; for example, building libraries for schools in rural China, and donating computers for Mongolian schools to bridge the digital gap. As a leading global carrier, Korean Air will continuously support global volunteer activities in order to perform its corporate social responsibility as part of company’s initiatives to give back to society.