Embark on the expansion of the APEC Sculpture Garden

On October 5, Mr. Nguyen Huu Nhat, Deputy Director in charge of Da Nang Management Board of Infrastructure Construction and Urban Development Projects, said that following the plan agreed by the People’s Committee of Da Nang City, on October 8, the project of expanding the APEC Sculpture Garden will officially commence. 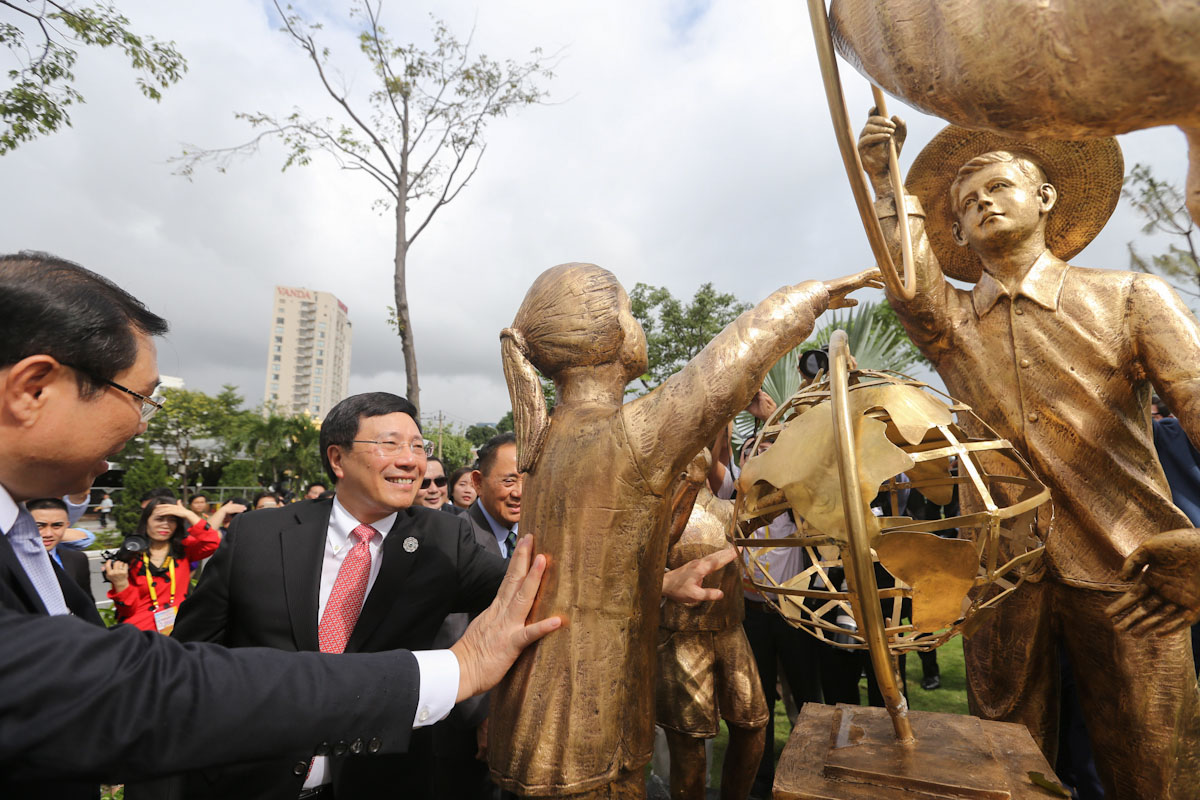 Accordingly, the investment project to expand the APEC Sculpture Garden, assigned by the Da Nang Management Board of Infrastructure Construction and Urban Development Projects as an investor and manager, will start on October 8. This is also the work welcoming the Twentieth Congress of the Party Committee of Da Nang City.

Mr. Nguyen Huu Nhat, Deputy Director in charge of the Da Nang Management Board of Infrastructure Construction and Urban Development Projects, stated that, according to the approval of the People’s Committee of Da Nang City, the project has a total investment of over 759 billion VND from the government capital of Da Nang City. In which, the cost of compensation and clearance is more than 623.3 billion VND while the construction cost and equipment cost are over 109 billion and 7 billion dong respectively.

The expanded APEC Sculpture garden is built on an area of ​​8,668 meters square (the North borders the existing APEC Sculpture Garden, the East borders on the extended Bach Dang Street, the West borders on 2/9 Street and the South borders Binh Minh 4 street) located at Binh Hien ward (Hai Chau district).

The project is under construction in the period of 2019 – 2022. The complex includes green parks, lawns, walkways, walk gardens … from low to high, of which the central area is the highlight with large dome structure, below the vault is the community space.

“The expansion of the APEC Sculpture Garden is in line with the aspirations of the majority of the local inhabitants, not only creating highlights of the architectural space in the west of Dragon Bridge, but also meeting the needs of green space and entertainment areas for Danang people and tourists. This will also be an ideal place to organize cultural activities and festivals! ” – Mr. Nguyen Huu Nhat emphasized.

It is known that the current APEC Monument Garden is nearly 3,000 m2 wide, inaugurated by Da Nang City in 2017 to celebrate the 2017 APEC Summit, which Da Nang is privileged to be the host city. At the APEC Sculpture Garden, 21 art works of APEC member economies are showcased to honor the host country – Vietnam.