Vietnam Airlines announces to open their direct flight Danang – Shanghai from 19th January 2020. The fight will depart from Danang at 17h55 and from Shanghai at 23h20 (local time) on every Thursday and Sunday. 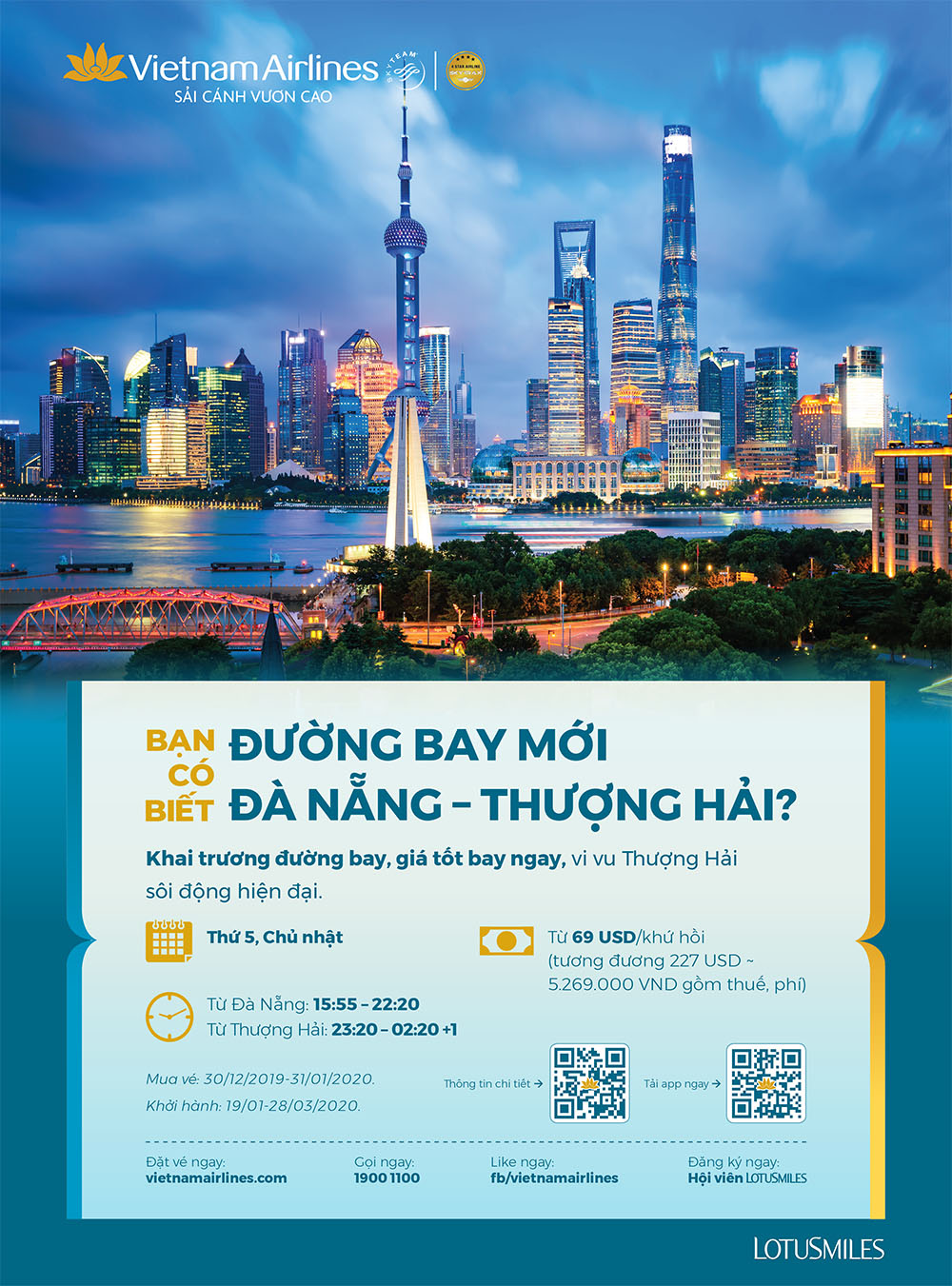 This is the 19th flight in the networking route between Vietnam and China by Vietnam Airline, which enables passengers to have cool tour by Vietnam Airines between Shanghai and Danang/Hanoi/HCMC or Danang – Shanghai – Hangzhou – Danang…

Shanghai is the economic center of China and one of the four cities under the central government. Located on the Huangpu River, Shanghai attracts visitors with many ancient and modern architecture, along with vibrant shopping and entertainment activities.