With the permission of the Da Nang People’s Committee, Da Nang Department of Transport has cooperated with the relevant units to organize the Opening Ceremony of the new intercity bus route connecting Da Nang- Hue. 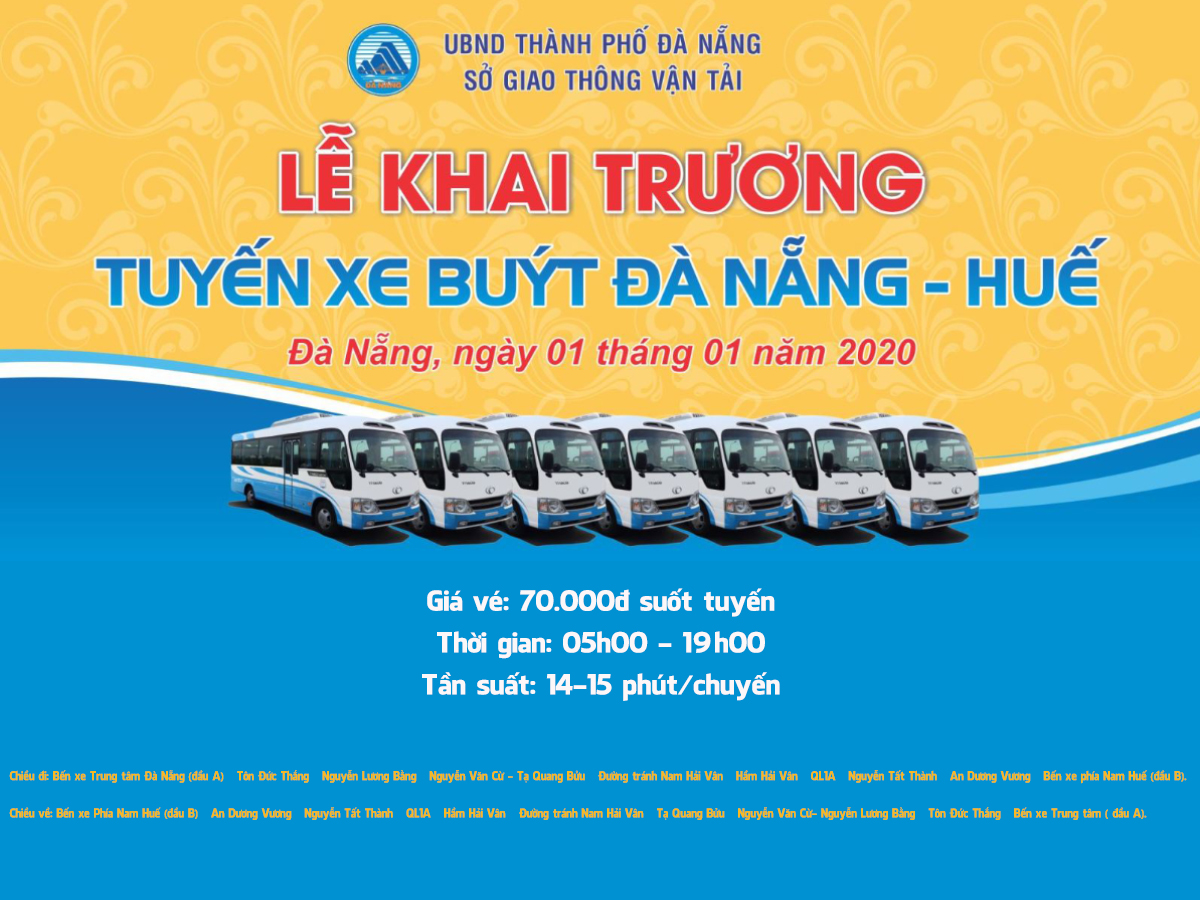 An intercity bus route was established, contributing to the increase in the number of passengers traveling by bus, which limits the use of personal vehicles. In accordance with the Government’s policy, the Ministry of Transport encourages allowing fixed-route buses to be converted into buses.

The route is as follows:

The operation time of these routes is from 5am to 7pm daily, with a frequency of every 14 minutes during peak hours and every 15 minutes during normal hours.

Danang is a safe destination

Promoting Danang as a safe destination