Sun World Ba Na Hills is the base of the festive land with endless fun, and a not-to-be-missed place in Danang. In the summer of 2020, “Vietnam’s leading theme park” returns with a special program: Food and beer festival takes place from July 16 to September 5. The festival promises to offer visitors the most unforgettable experience.

Ba Na Hills is not only renowned for the ancient French castles, the world-famous Golden Bridge or the world-holding record cable car system but also by the bustling festivals all year round. 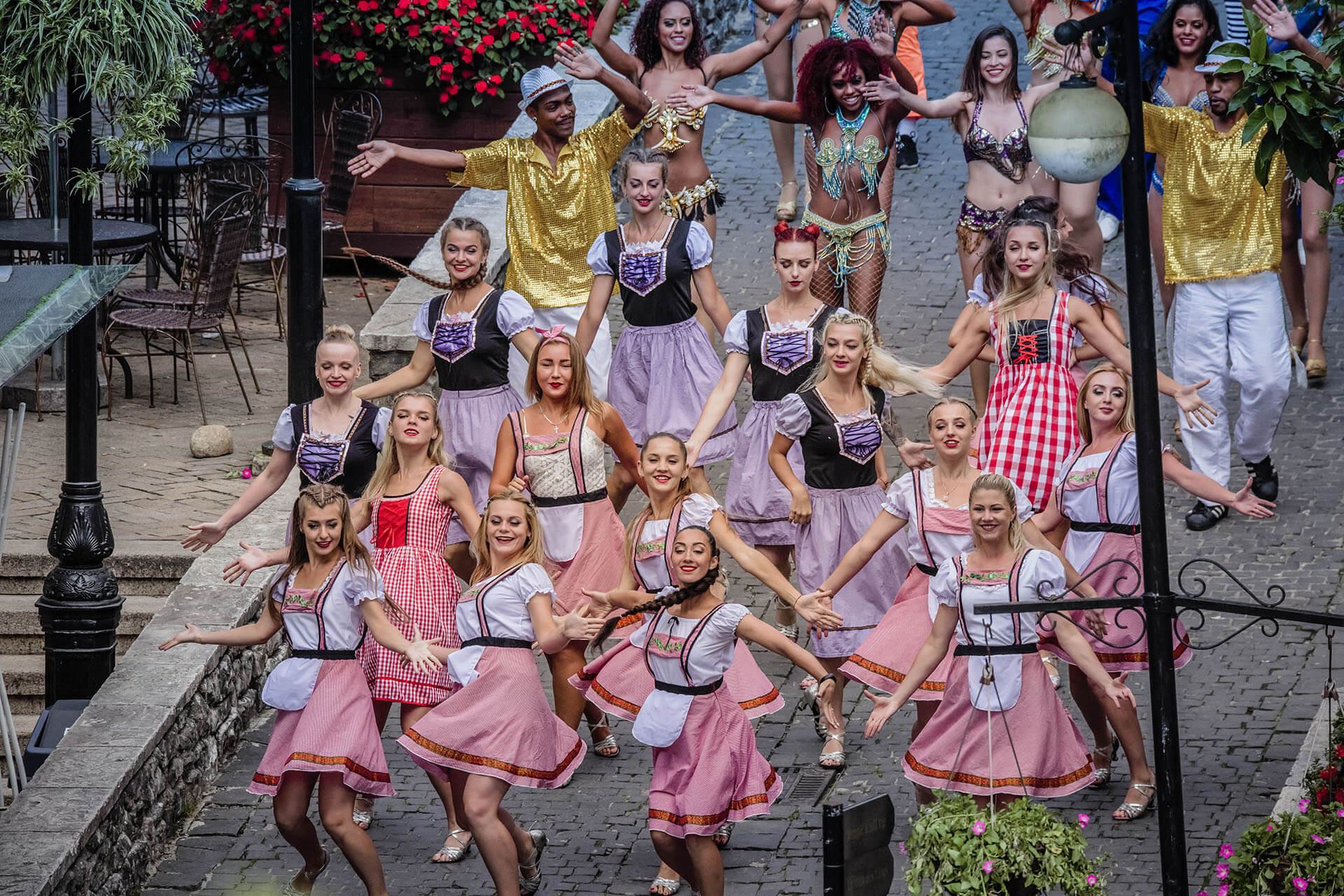 Coming to Ba Na, visitors are immersed in the joyful, vibrant music space, exposing to multinational culture via food and charismatic dances. 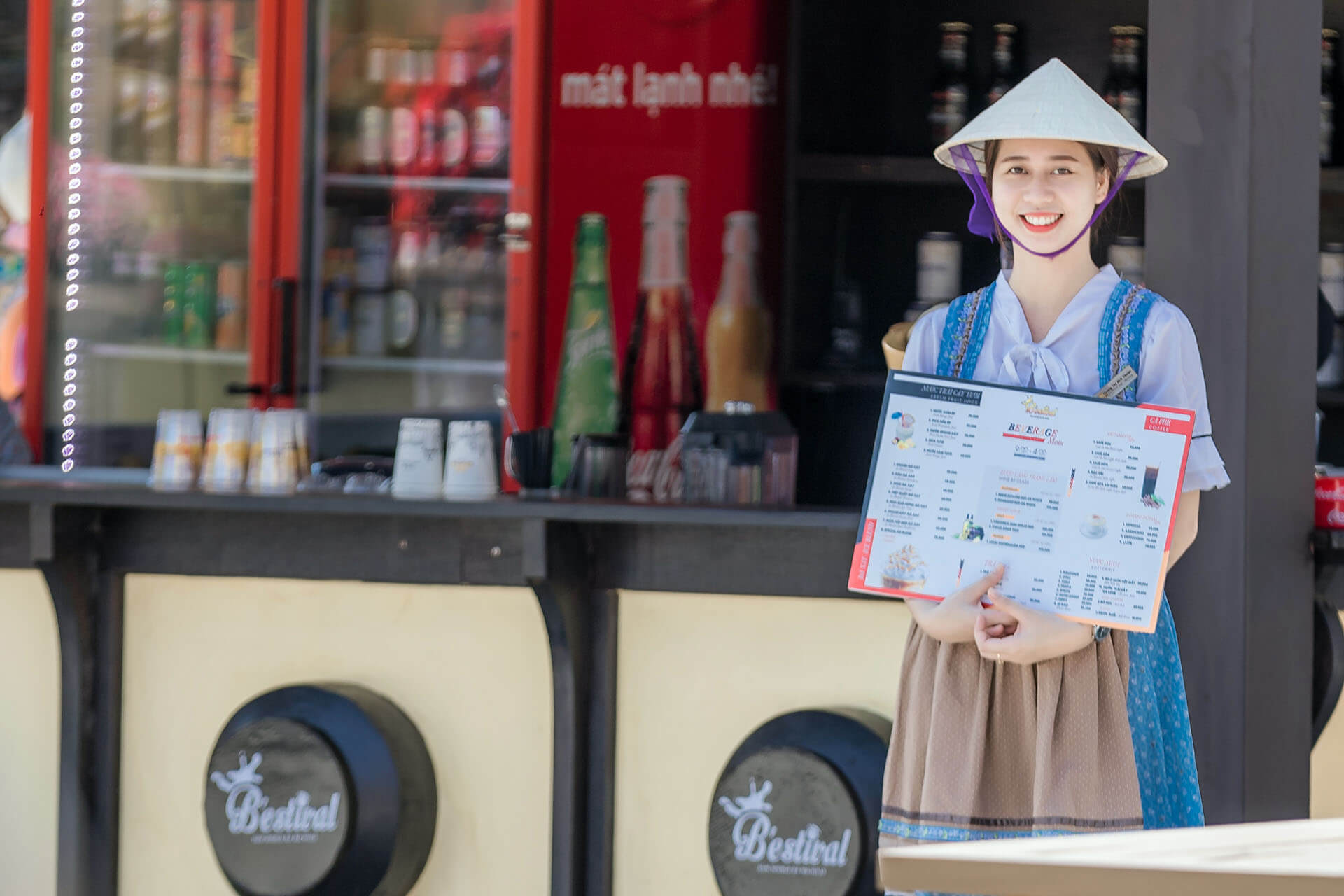 Over the past three years, visitors to Sun World Ba Na Hills have been familiar with the B’estival every summer. This year, for the first time, “Vietnam’s leading theme park” hosts a Food and Beer Festival. According to the initial revelations from the organizers, the festival gathers the culinary quintessence of many countries around the world. There will be about 12 food stalls, bringing visitors to the diverse festival of delicacies from 7 Eurasian countries such as Germany, Russia, Italy, Vietnam, Thailand, China and South Korea. 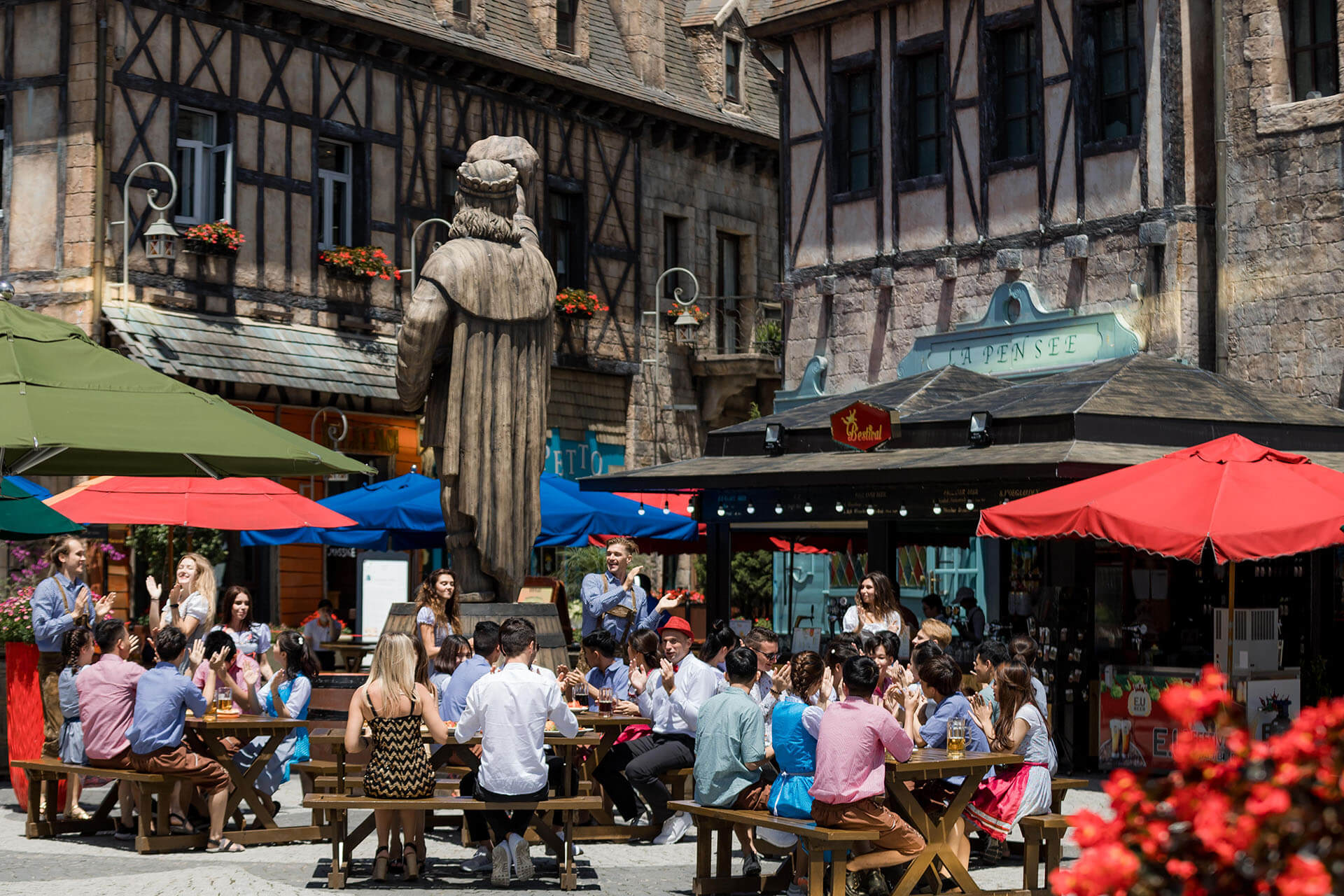 Visitors could adore the specialties of above-mentioned countries, but also are served in a very special way. They could explore the world through traditional costumes or culinary space as well as travelling to those countries when participating in cultural-specific games of each country.

Beer Plaza – The festive land of the Sunshine Kingdom, where the Festival will occur, will become a land of hilarious girls and boys immersed themselves in Okoberfest décor space and many unique performances. In particular, the familiar kitchen space would turn to the stage of creative performances with kitchen utensils. 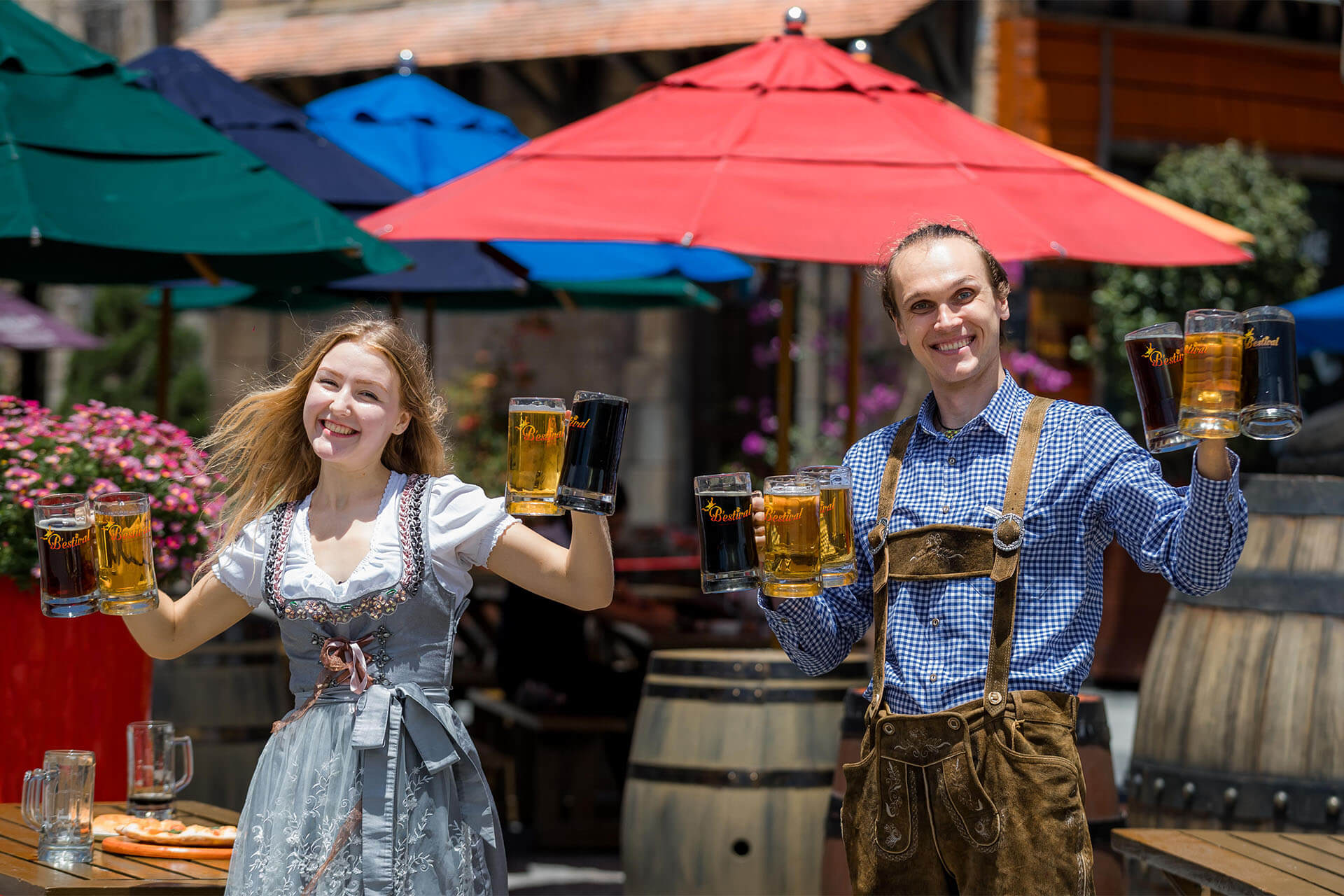 For the first time in Ba Na, the artist will appear with conical hats, rice drums generating unique and fun dances. Ba Na Hills this festive season will definitely make you dance, experience delightful dishes, leading to the desire to stay in Ba Na longer to “be drunk” with German beer yeast and also the bustling festive space among the ancient castles as magic as in the fairy tale.

Sharing with us the idea of organizing this unique festival, Mr. Nguyen Lam An, Director of Sun World Ba Na Hills Resort, said: “After Covid-19, as Vietnam still could not reopen international flight routes, visitors would miss the trips to the world-famous countries. The idea of giving visitors a trip through well-known cuisines right in Vietnam inspired us to arrange this festival. Although it is known that, at this time, organizing the festival is expensive, and achieving revenue goal is not ideal, we still want to bring more new experiences to visitors who have chosen the city with Han River for their family summer vacation”. 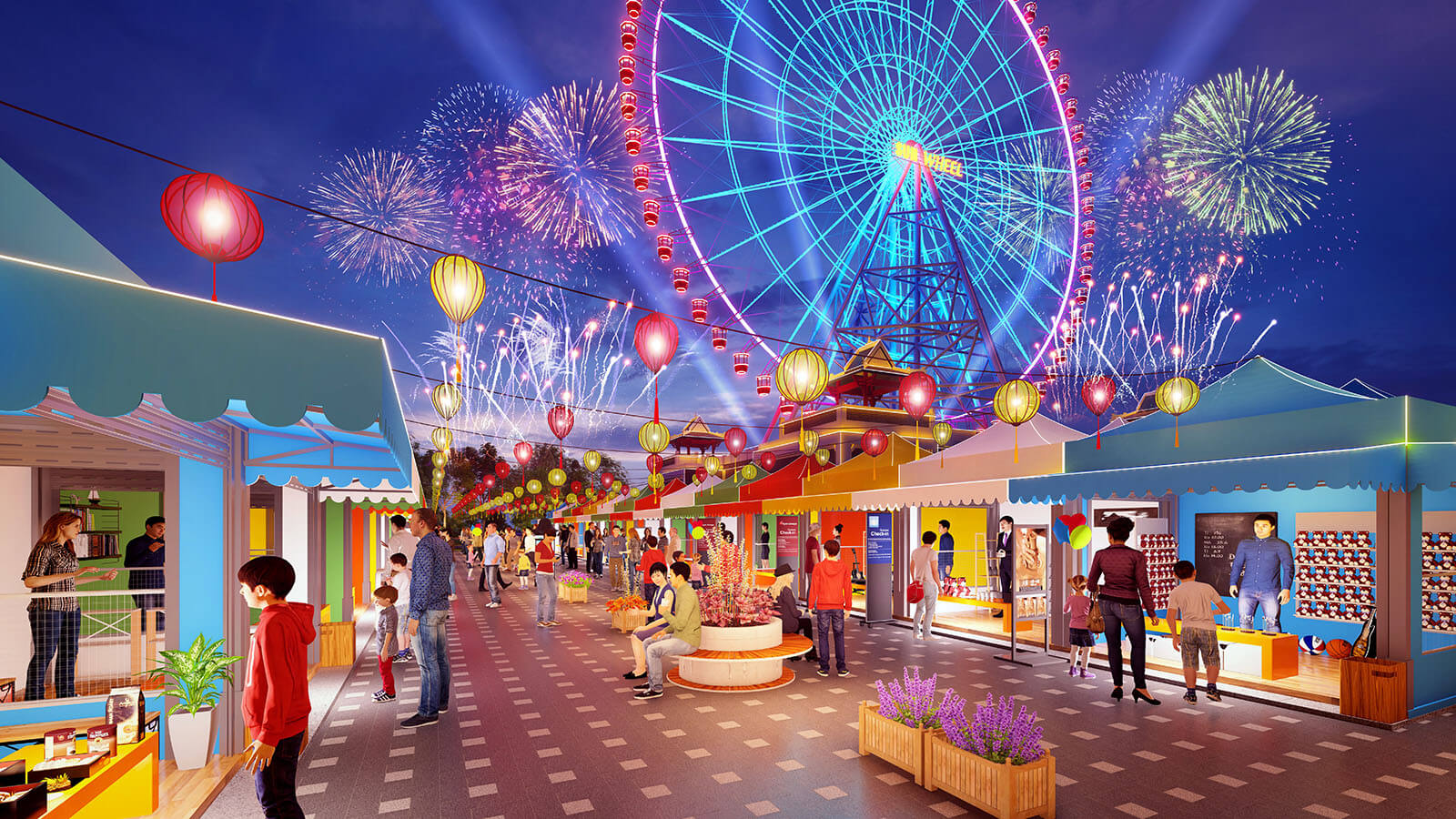 Together with the first-class Food and Beer Festival held in Ba Na Hills, this summer, Da Nang also introduces a lot of new experiences and services. Since July 2, Asia Park located in the city center has officially welcomed visitors back, after 4 months of renovating and upgrading to become the first amusement park open for public in Vietnam. The transformation of the business model of Asia park has brought a new face to the entity and attracted both tourists and local residents.

Increasing experience right at the well-known yet familiar destination like Ba Na Hills, renewing destinations like Asia Park with a variety of trendy services, Da Nang, with the huge investment of the leading tourism groups like Sun Group, always deserve a destination that never fail to surprise tourists./.