On July 4, Da Nang city has organized a ceremony to receive the National Intangible Cultural Heritage Certificate for the occupation of Nam O fish sauce production. 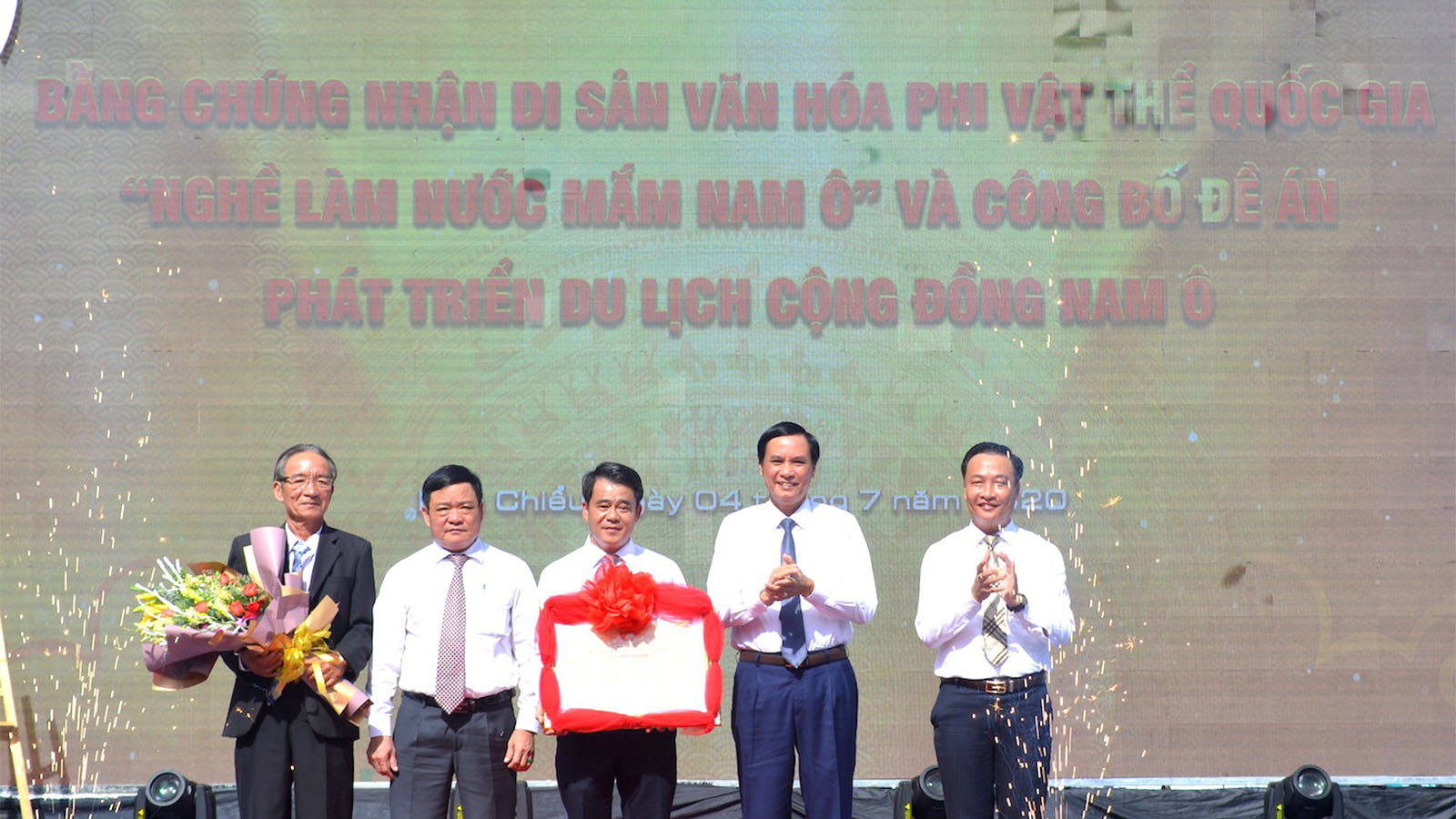 With history dated bsck to hundreds of years, with a delicious and rich taste, Nam O fish sauce used to be the “speciality” for the King. However, not only carrying a unique culinary value, this is also a signature spiritual cultural product, containing historical value, folk knowledge, expressing the identity of the local community by the sea.

Mr. Nguyen Dang Huy, Chairman of Lien Chieu District People’s Committee, said that Nam O fish sauce has gone into the people’s subconscious, not only pure physical value, but also a distinctive cultural and spiritual product of the village.

“Villagers will make great efforts in job transfer and vocational training to protect and promote the heritage, so that the heritage is always a treasure of Nam O villagers at present, an inheritance of the upcoming generations in the future,” said Mr. Tran Ngoc Vinh.

On this occasion, Da Nang city announced the project “Nam O community tourism development” with a total investment of more than VND 46 billion. The project aims to promote and preserve the cultural values, practices, fishing village products, and preserve the traditional fish sauce production of Nam O region; create conditions for the local to do tourism, contributing to local socio-economic development.