Wendy ‘Wendo’ Tuck, the first female Australian Skipper in the history of the Clipper Race, has clinched first place in the Clipper 70 class of the Rolex Sydney Hobart Yacht Race.

Wendy, the Sydney Skipper of Da Nang – Viet Nam, managed to hold offGREAT Britain and LMAX Exchange in a tight, tactical battle up the Derwent River. The team crossed the line at 1601 AEDT (0501 UTC) and finished in 22nd place in overall line honours.

At one point over the last 24 hours, the gap had narrowed to less than 3 nautical miles before Wendo opened up her lead to 10 nautical miles in the final few hours.

Da Nang – Viet Nam managed to keep up good speed over the last thirty miles after the threat of lightening winds didn’t materialise. 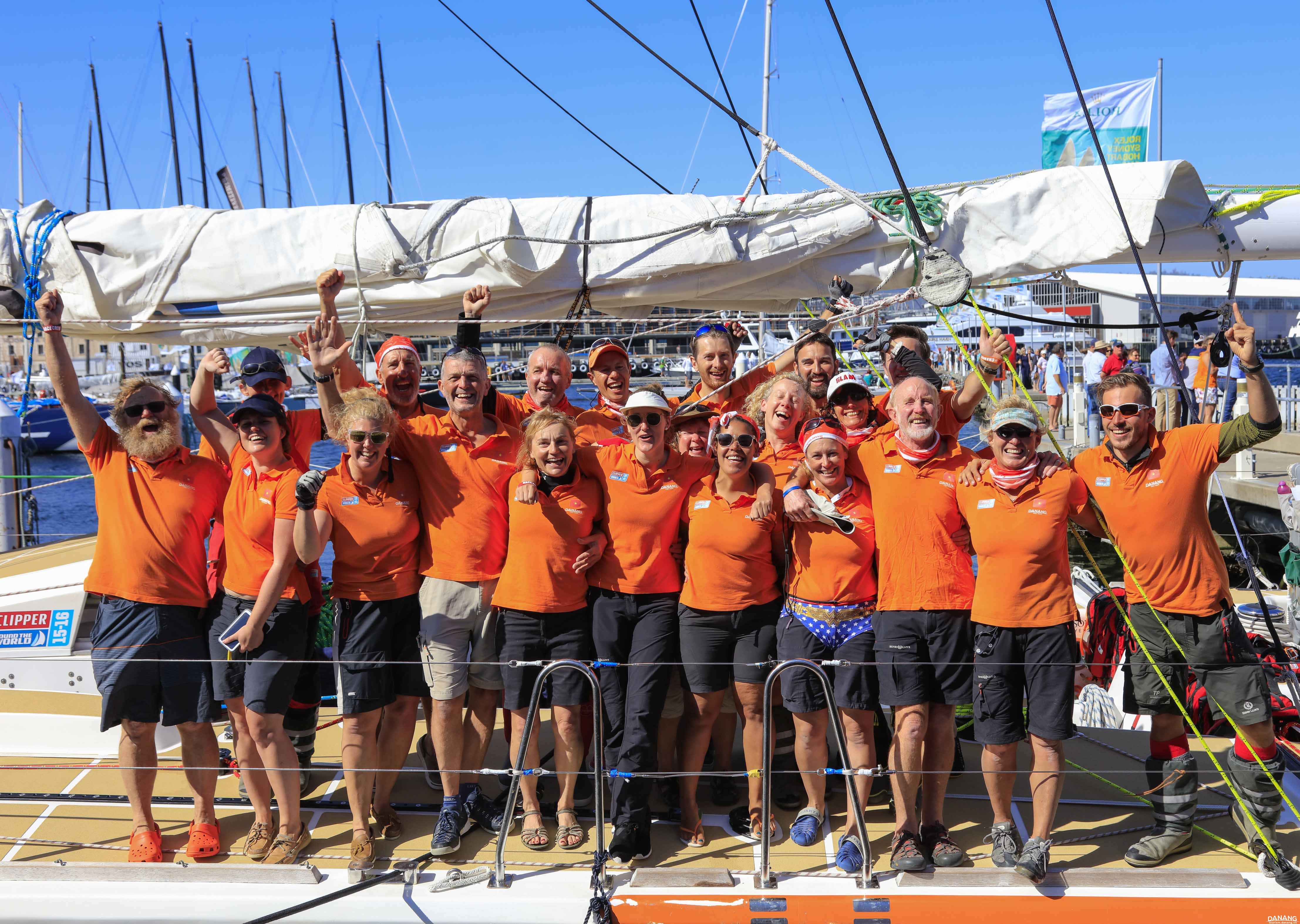 “It was so intense, it was horrible over the last few hours but we managed to avoid the wind holes and keep up good speed with the rest of the Clipper 70 fleet bearing down on us. We only lost speed momentarily. I was trying not to get excited, but the crew were so excited as we approached the finish.

“The crew have really performed and I am so impressed. In this race, I realised I can push them harder, and that is going to be key going forward from here. We know we can get the results,” Wendy added.

Also aboard celebrating the win is local Hobart resident David Graney, a round the world crew member.