At 16:11, October 22 (GMT +7, Hanoi), after over 3500 nautical mile-journey with more than 14 days from Rio de Janeiro, team Danang – Vietnam has finished their second race with the 6th ranking in V&A Waterfront Marina, Cape Town, South Africa. 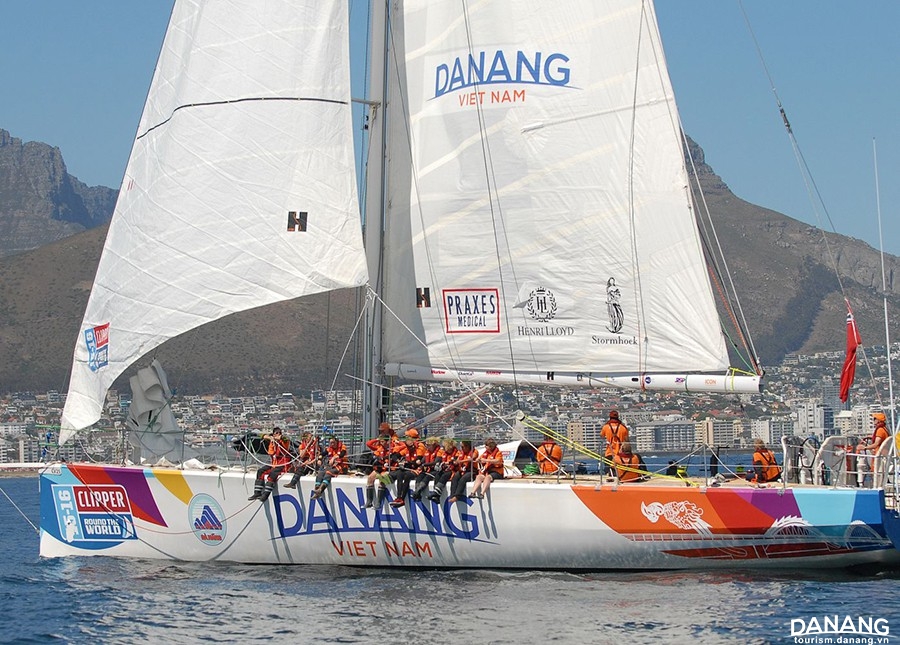 Earlier, team Danang – Vietnam and IchorCoal with 8 members from South Africa created a dramatic dual reace within 200 knots, especially in the last 10 nautical miles. Finally, team Danang Vietnam finished their race 6 minutes earlier than IchorCoal and won the 6th position.
When each boat arrives into Cape Town, the teams will have to go offsite for face to passport checks at immigration almost immediately. There will be time for a quick hug with family and friends before they board the bus that will be waiting for them at the marina. It’s estimated the process will take about one hour and then the team will return to the marina for the much longed for celebrations and showers. Skipper Wendy Tuck reports: “It’s really nice to be here. It was a bit of an anti-climax as we had so much breeze last night and then finished in hardly any, but it wasn’t an anti-climax because it was a duel to the finish line with IchorCoal which was so exciting.
“It’s hard racing out at sea waiting with baited breath for the six hourly reports to see where your competitors are, and to see if you have gained or lost, so it’s very tense. The start was the first time we had sailed in really heavy winds upwind and we decided to go for the Scoring Gate which was pretty much upwind all the way. We figured by the time the weather changed we were halfway there so we thought we would go for it and it was good practice for the Rolex Sydney Hobart Race because nobody had done it before. We then had really heavy downwind stuff that we didn’t experience in the last race which was a great learning curve for the crew.
“The crew morale on board is fabulous. Towards the end when we could see IchorCoal in front of us we knew we had to get them. I was in the nav station when I got the call from deck that they had stopped and parked in a wind hole. We went from having two reefs in a number three headsail and getting gusts of up to 38 knots to 16 knots and then nothing. It was quite extraordinary on how it closed up so quickly.” 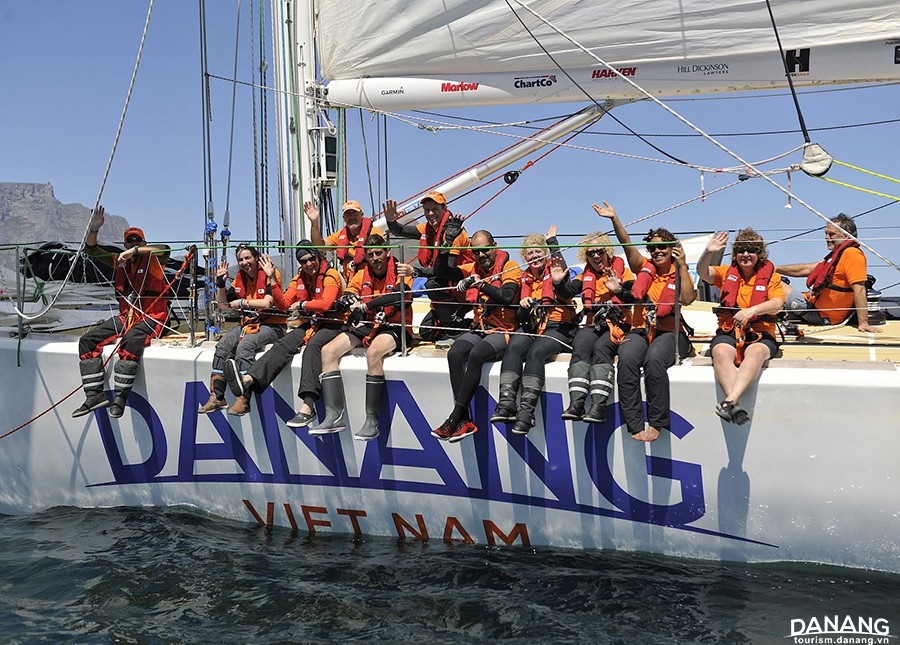 Da Nang – Viet Nam round the world crew member Lara Sword says: “I feel amazing, but I have mixed emotions. I want to burst into tears and I’m not sure if it’s because I am tired or just really, really happy.
“We pushed ourselves quite hard, everybody did. This race we were very focused and I think we did really well. We made the Ocean Sprint and the Scoring Gate which we didn’t get to last race so that was very good. It’s a shame ClipperTelemed+ pipped us to the post, we saw it last night and were chasing it down but didn’t quite make it.
“I didn’t expect this race to be so challenging. It was very rough but that’s what sailing is all about. At one point I was stood at the bow whilst we were surfing along and just had to scream ‘this is so amazing!’ I loved that it was so cool. That was a definitely ‘this is why I’m here’ moment. 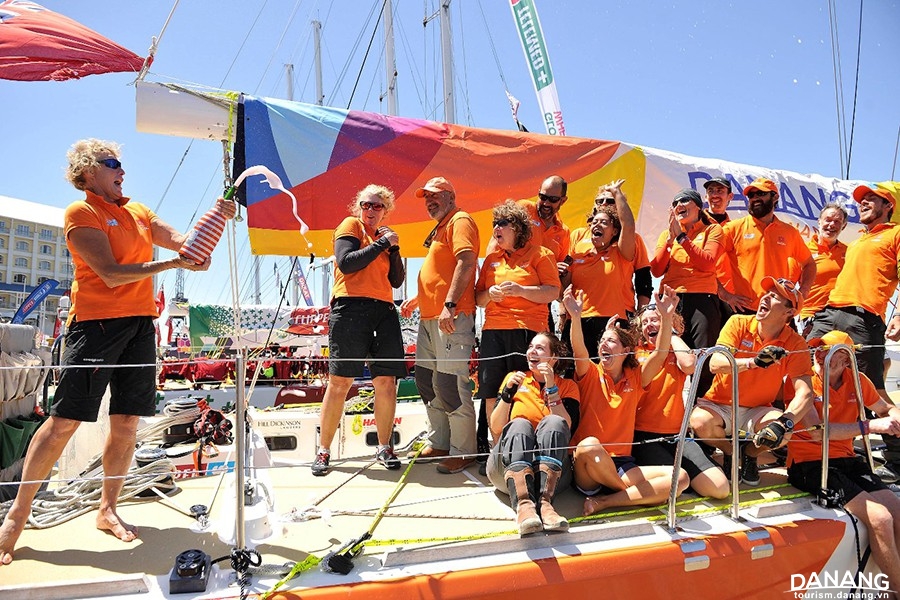 “I am looking forward to exploring Cape Town. Lots of the other teams who had arrived overnight came out to greet us and we have had such an amazing welcome.”
The fleet will be berthed at the V&A Waterfront, close to the historic streets of the city center. The Race Village will open daily from 1000 – 1800 on Saturday 24 until Friday 30 October and from 1000-1600 Local Time on Saturday 31 October, when the fleet departs.   The Race Village will feature a wide range of attractions in conjunction with the South African Ocean Festival. There will be a number of free open boats from Tuesday 27 until Friday 29 October. See below for further details on the Race Village activities. This schedule will be updated regularly.
For more information, see www.capetown.travel.
On departure day, Saturday 31 October, the entertainment gets underway at 1200 with the official departure ceremony and crews taking to their yachts in a spectacular ceremony between 1200 – 1245 Local Time. The fleet will perform a Parade of Sail in front of the boardwalk with the backdrop of the iconic Table Mountain between 1345-1430 before the start at 1530 for Race 3 across the Southern Ocean to Albany, Western Australia.