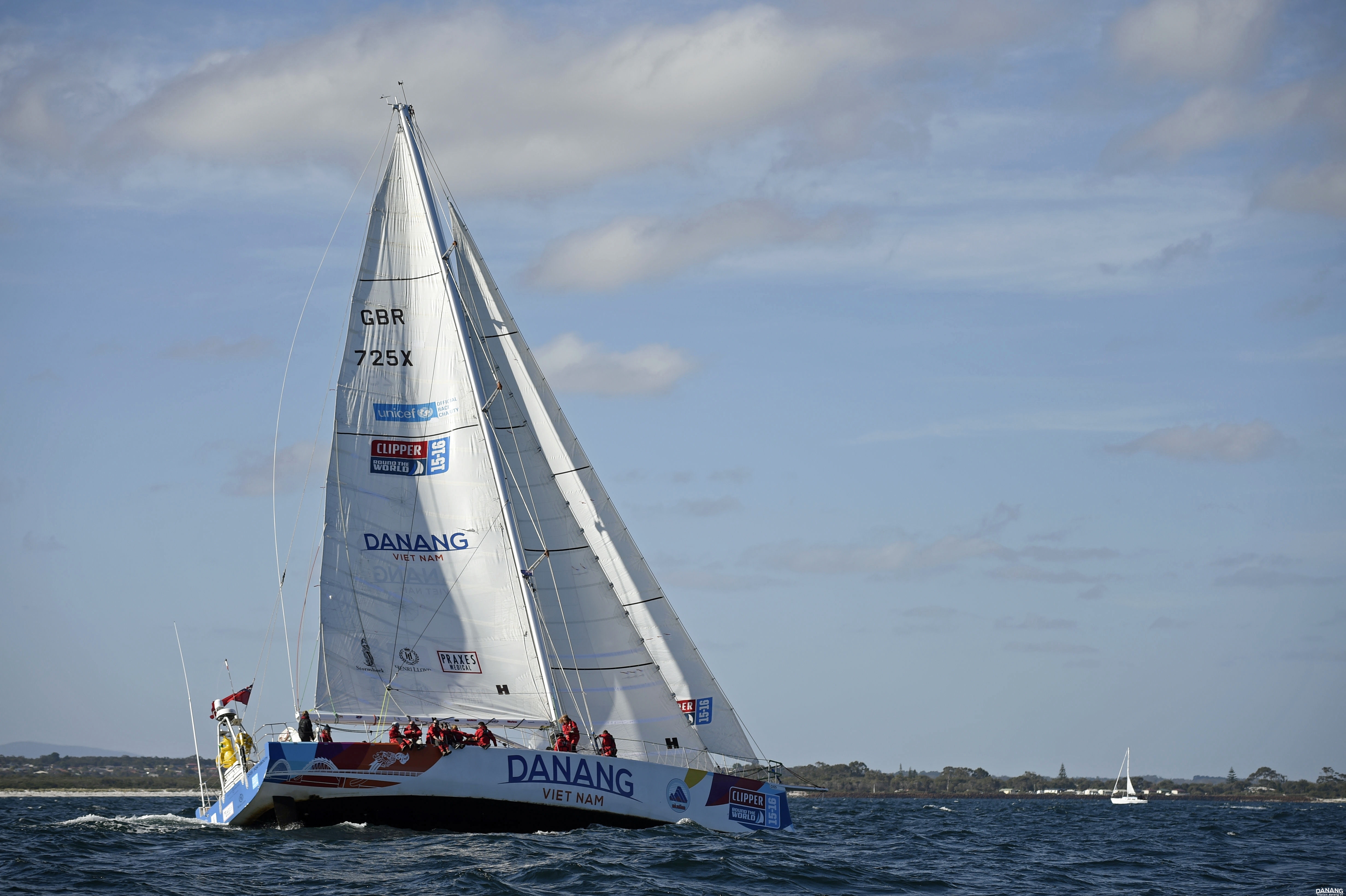 The Clipper Race is bidding a fond farewell to Australia today as Race 7, The Da Nang New Discovery of Asia Race, departs for Vietnam in the next couple of hours.

The teams are due to slip their lines from 1200 to 1233 local (0200 to 0233 UTC) and will then parade around Airlie Beach’s Pioneer Bay with dozens of local supporter boats joining the teams on the water to see them off.

The 4,310 nautical mile race will officially get underway with a Le Mans start tomorrow afternoon – (Tuesday 19 January – time TBC) – 100 nautical miles away in the Coral Sea, where the twelve-strong Clipper 70 fleet is starting towards today.

Ahead of leaving her homeland for the final time in this race, Australian Skipper Wendy Tuck, who leads the seventh place Da Nang – Viet Nam team and will lead the fleet parade, said: “It has been the greatest time being back racing in Australia and we have enjoyed our best race results yet here, but the excitement continues as everyone has been looking forward to arriving in Da Nang since we left London four months ago.

“We’ve had such incredible support all over Australia and here was no different. It felt as if the community of Airlie Beach really took us into their hearts and made us feel so welcome. Everywhere we went people were happy to see us and were interested in hearing about the race. It’s been a fabulous stopover.”

Abell Point Marina Owner Paul Darrouzet said: “It has been absolutely fantastic for us to have the Clipper Race staying here at Abell Point Marina. Airlie Beach is a small community so to attract such an international event that puts us on the global sailing map like this has been a great boost.

“The entire community here in Airlie has got really behind the race and we’ll certainly be following the teams more closely as they continue to Da Nang and around the world. We wish all the crew and Skippers the best and hope to welcome them back to Airlie Beach for another visit in the not so distant future, now that they’ve seen how beautiful the Whitsundays is.”

With a tough beat north into prevailing winds as they depart and head up the Queensland coast and the wildness of the Northern Territories, the Clipper Race fleet will then cross the Equator for the second time since leaving London.

This race will test the navigation skills of the teams as they try to work out the best route through the remote communities in Papua New Guinea and into the Pacific Ocean for the first time.

On the approach to Vietnam, the fleet will take advantage of the north east monsoon winds. Spinnakers will be hoisted as the teams charge towards an impressive, highly anticipated welcome in Da Nang where a series of celebrations and festivals are planned for the crew.

The first-time Vietnam has been a Host Port and Team Sponsor of the Clipper Race, the city of Da Nang is using the partnership as an opportunity to boost trade, investment and tourism along with enhanced social and diplomatic relations.

As a fast-growing, tourism friendly city gifted by nature with a beautiful river, mountains and beaches, Da Nang is striving to become a world destination for tourists. It was named as Number One in the Tripadvisor 2015 Top 10 World’s Destinations on the Rise.

The departure to Da Nang marks the end of the All-Australian Leg, which started in Albany in November and included the challenging Rolex Sydney Hobart Yacht Race. Since leaving London in August, the Clipper Race fleet has completed 18,000 of its 40,000 nautical mile circumnavigation.

The race to Da Nang is estimated to take around 31 days, with the arrival window into Vietnam set for 17-21 February.

Click here to see the schedule of events planned for the Da Nang stopover.