Da Nang has been giving COVID-19 vaccinations for foreigners and overseas Vietnamese living in the central city to ensure they are injected at least one dose, said an official on September 21. 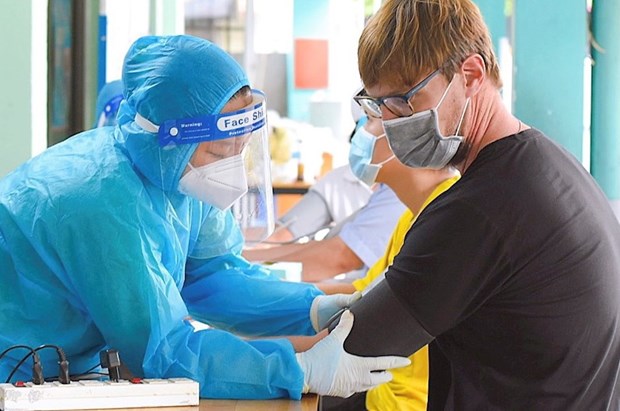 According to the official, many of them, including those work at foreign consulates general, industrial parks, and non-governmental organisations, among others, have received their first jabs.

As of August 30, the department’s hotlines received 180 calls, emails, and texts from foreigners, mostly asking for assistance in purchasing food, necessities, and medicines; in travelling to vaccination sites; and in making appointments related to health checkups and visa extension, among others. Prompt support was delivered to them.

Vietnam’s tourism haven Da Nang to be placed under…

Da Nang has fully vaccinated against COVID-19 for people…

Regulations about coming/returning to Da Nang from other…

Regulations about coming/returning to Da Nang from other localities