Announcement on the prevention and control of acute respiratory infections for new strains of Corona virus (nCov) in Danang city until the end of January 31, 2020

Announcement on the prevention and control of acute respiratory infections for new strains of Corona virus (nCov) in Danang city until the end of January 31, 2020 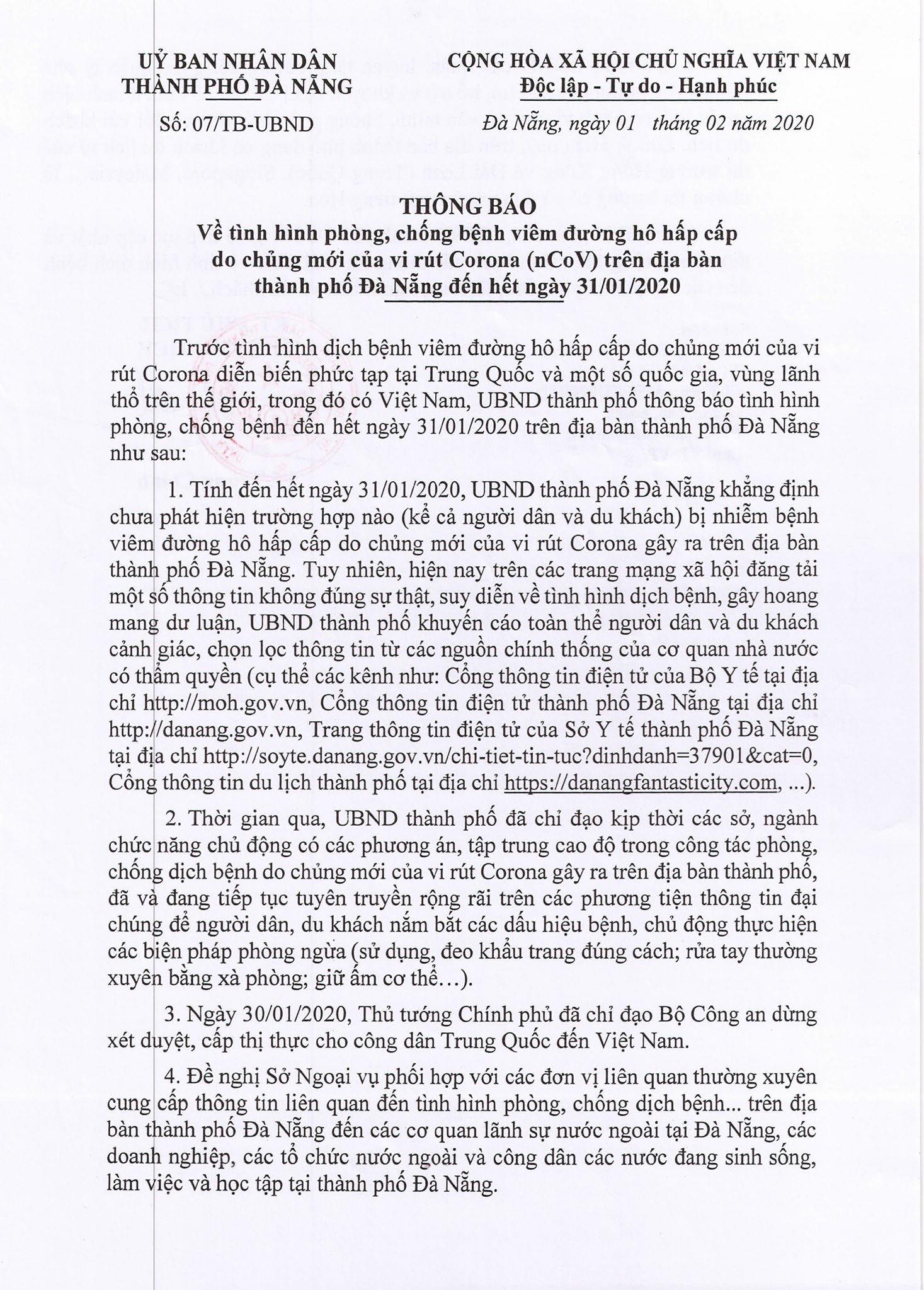 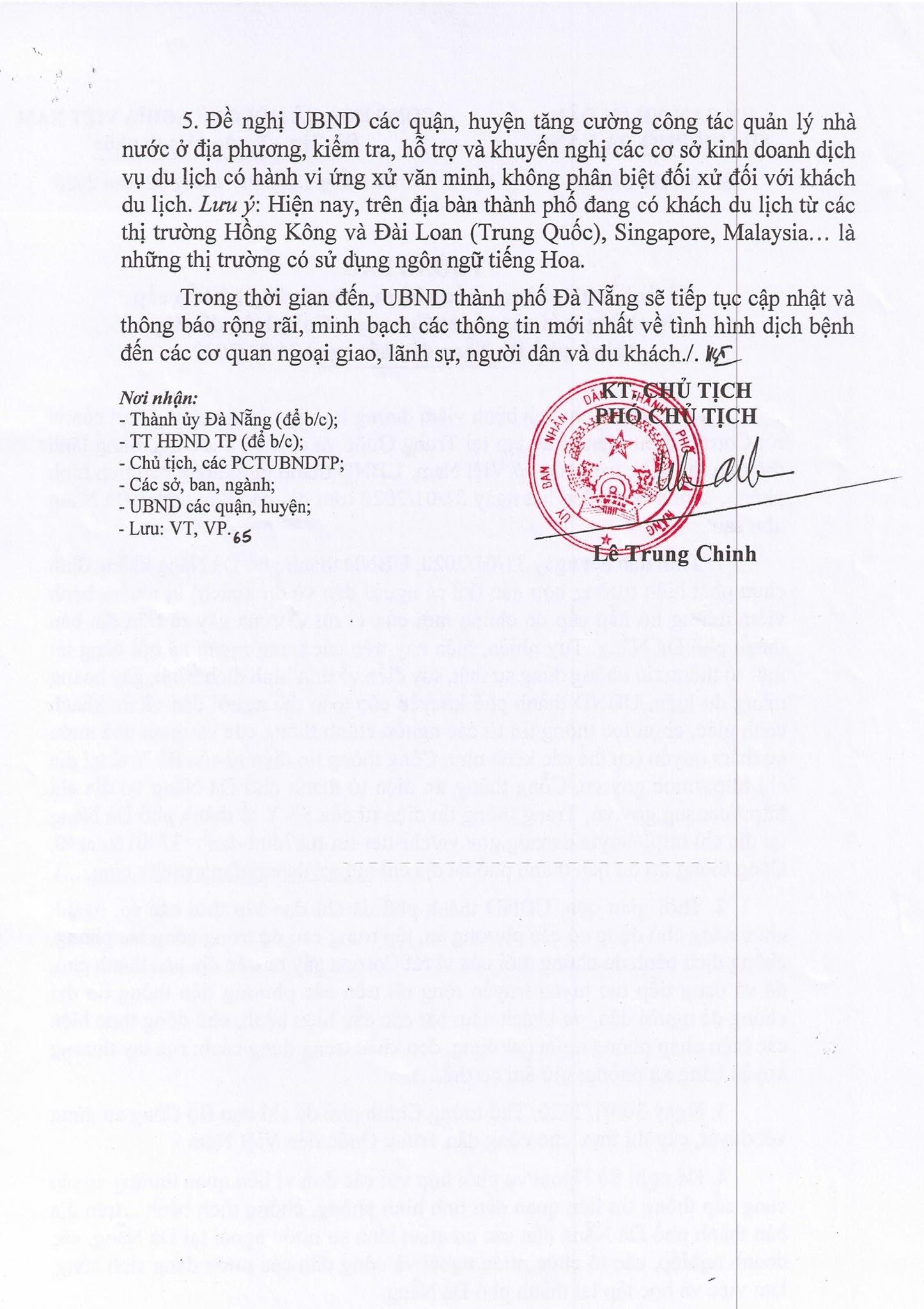 As the situation of acute respiratory infections for new strains of Corona virus is complicated in China and some countries and territories around the world, including Vietnam, the People’s Committee of Da Nang City announced the situation of disease prevention and control until January 31, 2020 in Da Nang city is as follows:
1. By the end of January 31, 2020, the People’s Committee of Da Nang confirmed that no cases (including residents and tourists) were infected with acute respiratory infections caused by new strains of Corona virus in the city of Da Nang. However, on some social networking sites , there have been posts with untrue information, deducing about the epidemic situation, causing panic in public opinion. The City People’s Committee recommends that all citizens and tourists be aler and select information from official sources of state agencies (specifically channels such as: Ministry of Health web portal at: https://www.moh.gov.vn/ , Website of Danang city at: https://danang.gov.vn, Website of Danang Department of Health at: https://soyte.danang.gov .vn, City tourism portal at: https: //danangfantasticity.com …)
2. Over the last days, the City People’s Committee has timely directed departments and functional departments to take the initiative in making plans, focusing highly on the prevention and control of new strains of Corona virus in the locality. The authorities have been continuing to widely raise the awareness on the mass media so that people and tourists can understand signs of disease and take initiative in taking preventive measures (using and wearing masks properly; washing hands often with soap; keeping body warm …).
3. On January 30, 2020, the Prime Minister instructed the Ministry of Public Security to stop approving and issuing visas for Chinese citizens coming to Vietnam.
4. Request the Department of Foreign Affairs to coordinate with relevant agencies to regularly provide information related to the situation of disease prevention and control … in the territory of Da Nang city to foreign consular offices in Da Nang , businesses, foreign organizations and citizens of other countries living, working and studying in Danang City.
5. Propose People’s Committees of districts to strengthen the state management in localities, to inspect, support and recommend tourism service-providing establishments with civilized and non-discriminatory acts towards tourists. Note: Currently, there are tourists from the markets of Hong Kong and Taiwan (China), Singapore, Malaysia … which are Chinese-language markets.
In the coming time, Danang People’s Committee will continue to update widely and transparently announce the latest information on the epidemic situation to diplomatic missions, consulates, citizens and tourists.

Regulations about coming/returning to Da Nang from other localities