Citizens from 80 countries will be allowed to get an e-visa from July 1, the government said in a resolution signed on Monday.

The 79/NQ-CP resolution was issued in line with the Law on Foreigners’ Entry Into, Exit From, Transit Through and Residence in Vietnam. 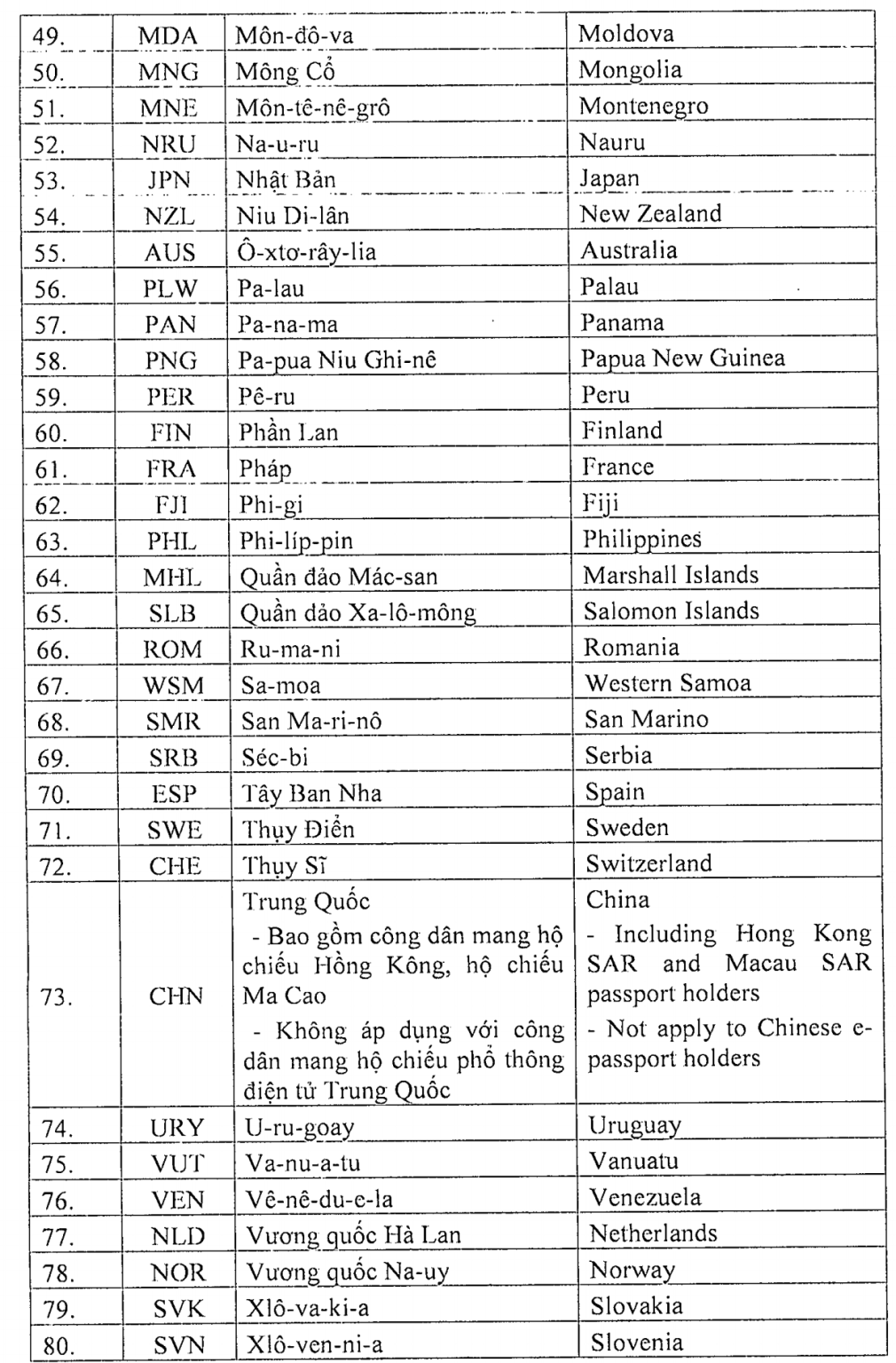 The resolution also details eight airports, 16 land border gates, and 13 sea border gates where foreigners can enter and exit Vietnam with an e-visa.