Shortly after 2pm today, the Da Nang-Viet Nam boat docked and received a tumultuous welcome from the huge crowd gathered on the keyside. To the blaring sounds of ‘Wild Thing’ by The Troggs, the team’s chosen song, skipper Wendy Tuck led her crew as they disembarked for their own welcome ceremony.

The Australian skipper said that she and all crew members had been looking forward to arriving in Da Nang since they left London 5 months ago. She added that they were very eager to visit the city’s beautiful beaches and popular tourist attractions, as well as learn about the local culture and people.

Crewman Nguyen Tran Minh An from Da Nang, the team’s only Vietnamese citizen, remarked that he had no words to express his happiness about coming back to his hometown. He also took the opportunity to thank all his teammates and legendary skipper Wendy Tuck for their great efforts during their 27 days of racing from Australia’s Airlie Beach.

Municipal People’s Committee Vice Chairman Dang Viet Dung said that the authorities and people have been regularly keeping track of the Da Nang-Viet Nam team over the past races. He also highly praised the team as it had won Race 5 from Sydney to Hobart and were honoured with the Stormhoek Social Spirit Award in Race 4 from Albany to Sydney.

The grand opening ceremony of Mikazuki hotel – The very… 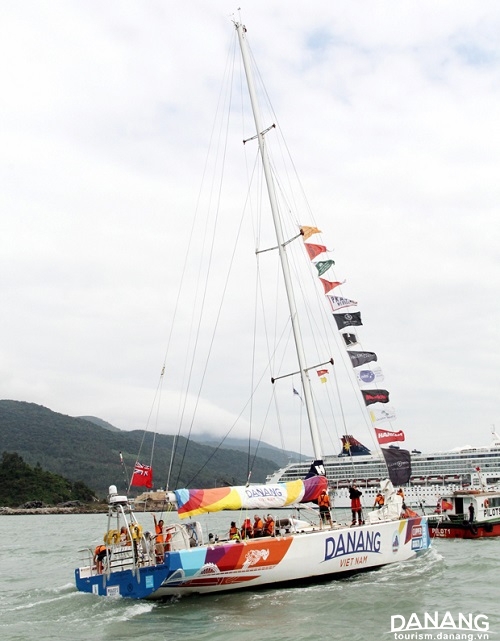