The “Ao Dai Show” is a story about traditional culture from past to present, introducing Vietnamese dynasties through each historical period. The connection from the royal court to the folk, the interference between traditional and modern cultures, in order to convey to visitors a better understanding of the history of formation and development of the country and people of Vietnam, as well as the the formation of the traditional Ao Dai culture has been around for nearly 300 years. Ao Dai has been styled as the national dress of Vietnam since the Nguyen Dynasty. The program is shown through the images of the King’s Palace – the Lord’s Palace of the Nguyen Dynasty, 300 years of the ancient Vietnamese Ao Dai, Traditional Weddings, Vietnamese schoolgirls’ white Ao Dai and Ao Dai Show. 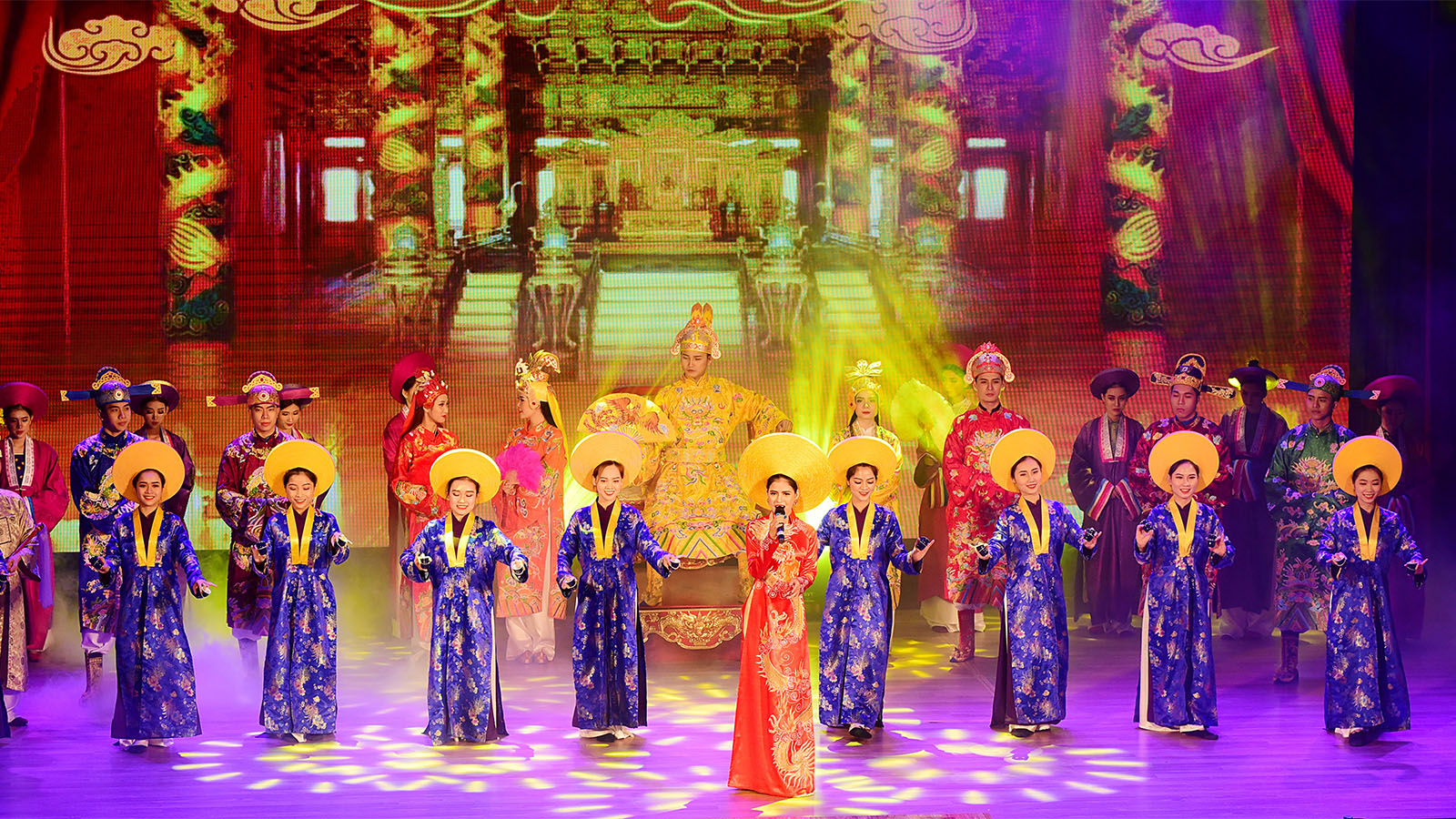 Following the success of the Ao Dai Show which has been held to serve tourists for the past 7 years, Ao Dai Show Da Nang, officially performing every night from January 1st, 2020. We believe that the Vietnamese Traditional Culture Perfromance “Ao Dai Show” in Da Nang city will always be a bright spot of cultural tourism. “Ao Dai Show” promises to bring visitors an impressive and unforgettable experience of traditional Vietnamese cultural values.

Introduce Vietnam through the period of nation building through pictures and quotes by MC. 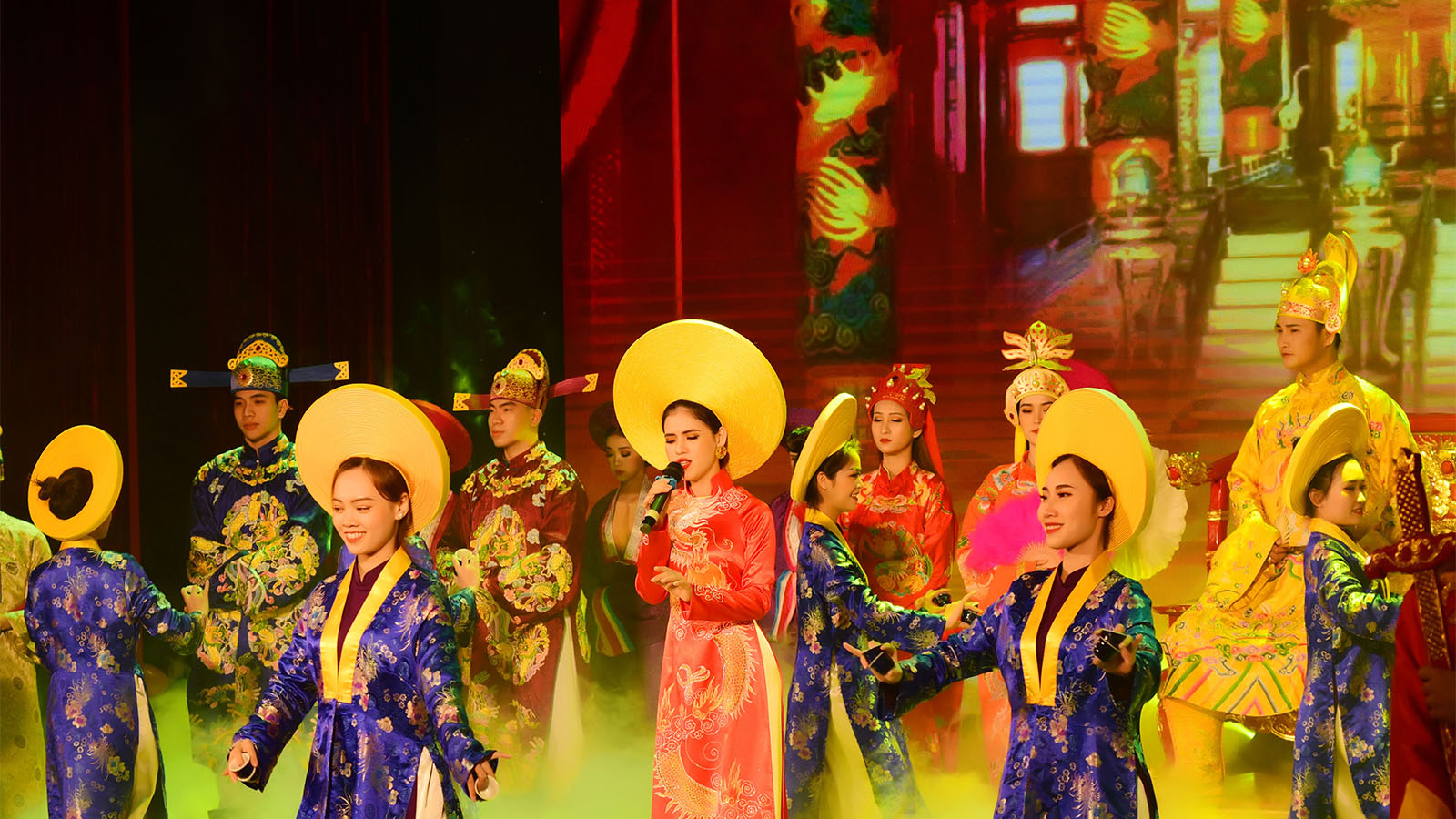 “Royal’s Melody” is the opening performance of the show, introducing to the audience the splendid beauty of the Palace of the King – the Palace of the Lord in the costumes of the Nguyen Dynasty on the occasion of the last royal festival of Vietnam. . The performance aims to convey to visitors an authentic and impressive image of the royal brocade beauty on the costumes of the King, Queen, and other mandarins of the Nguyen Dynasty under the feudal period – where the traditional Ao Dai of Vietnam was formed. The performance also performed dances imbued with the Royal Court. 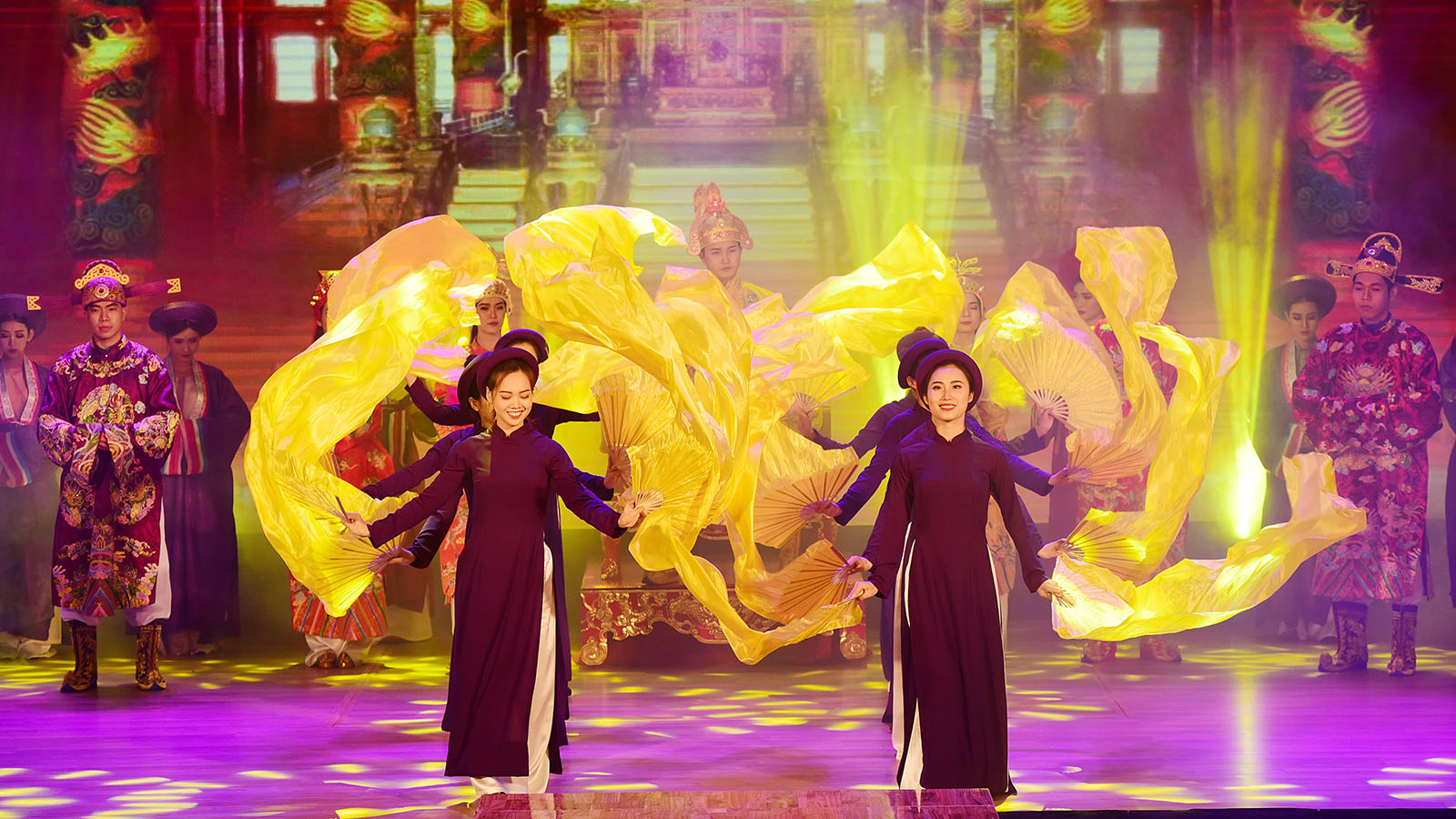 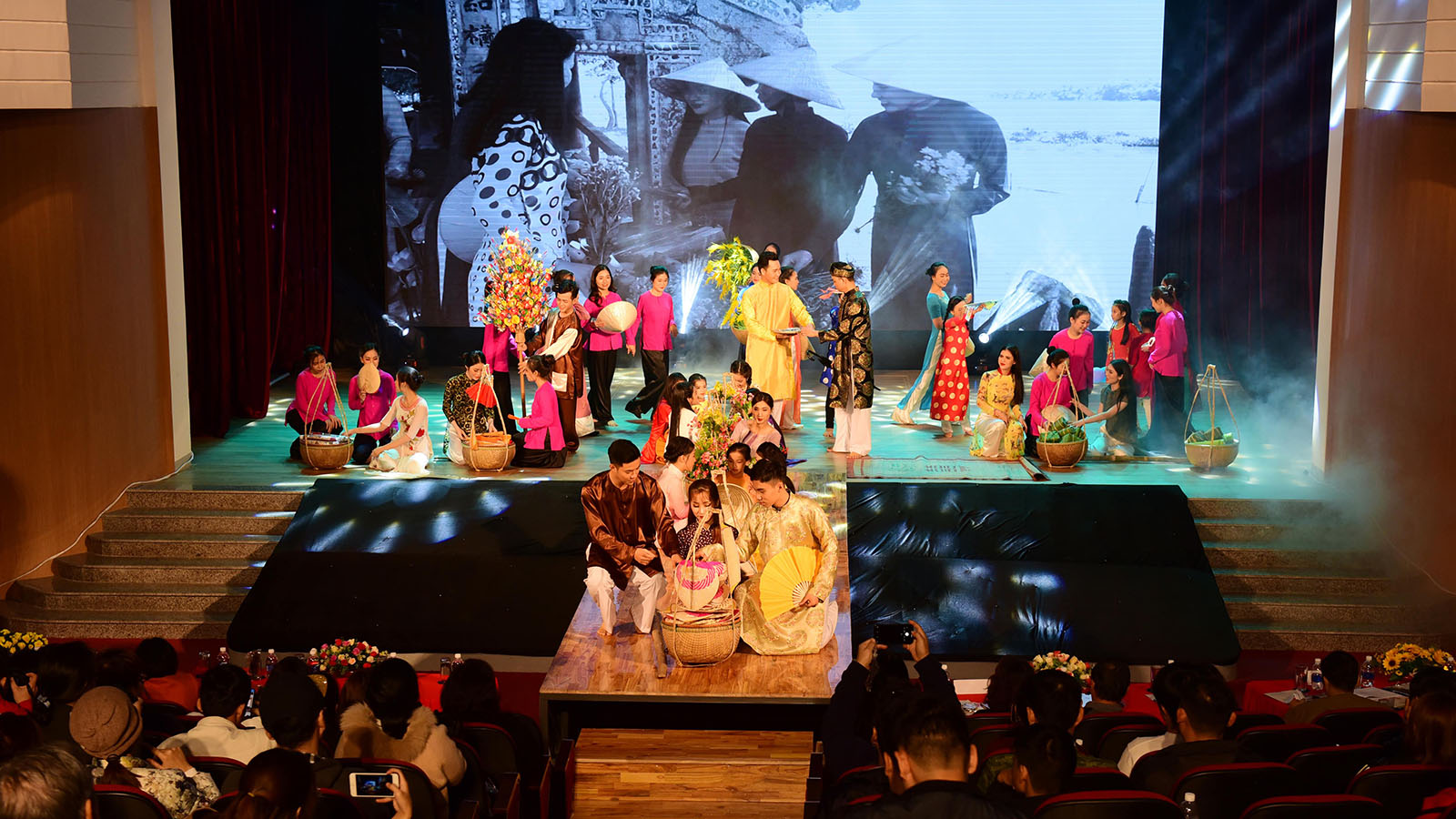 The scene of “old market” will take visitors to discover the rustic, peaceful, simple, and human-loving features through the old cultural activities. “Ancient Ao Dai” – a performance that recreates the scene of the ancient market of the Vietnamese people in simple but very elegant Ao Dai costumes in the old folklore of the late 18th century to the early 20th century. 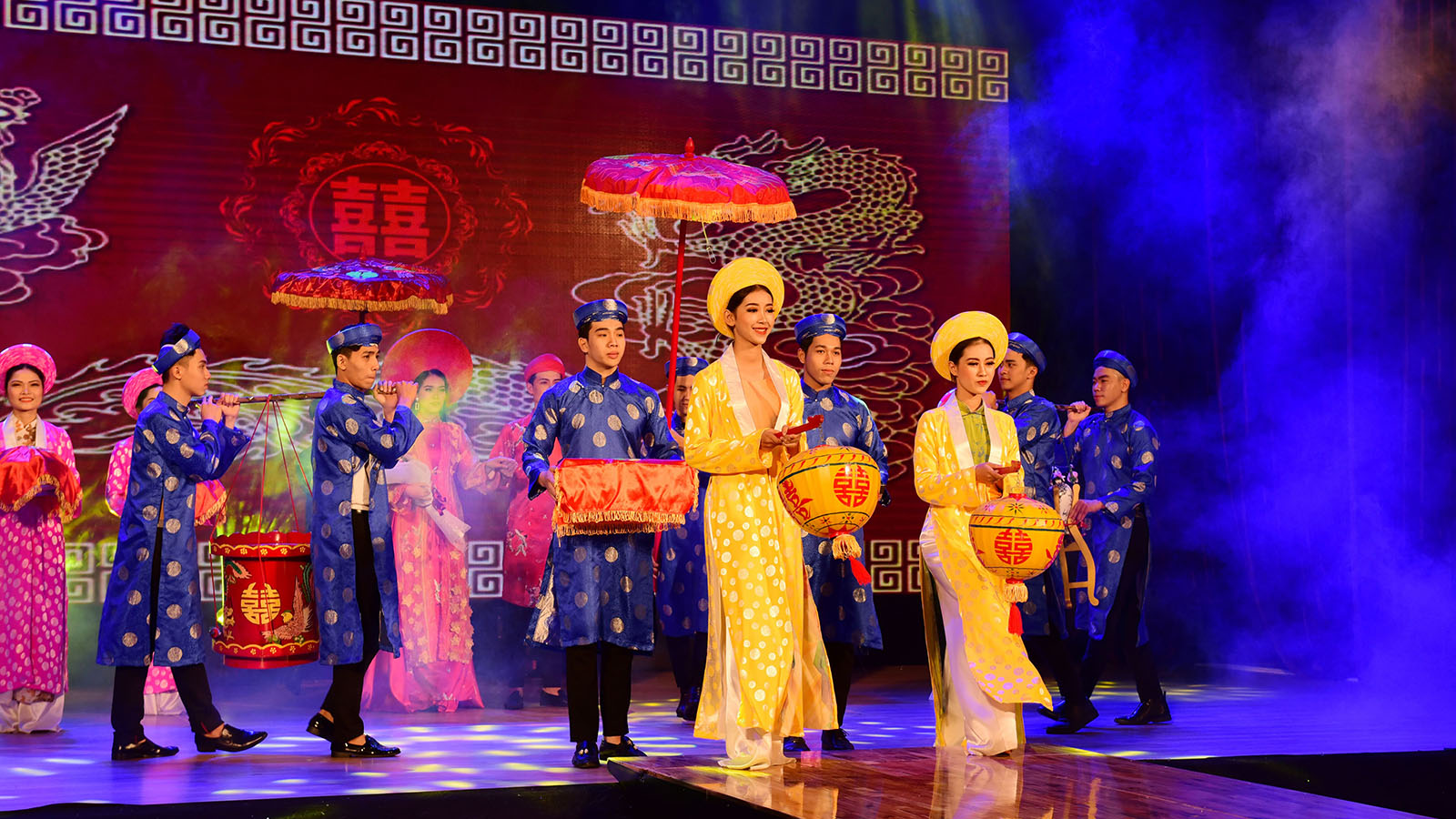 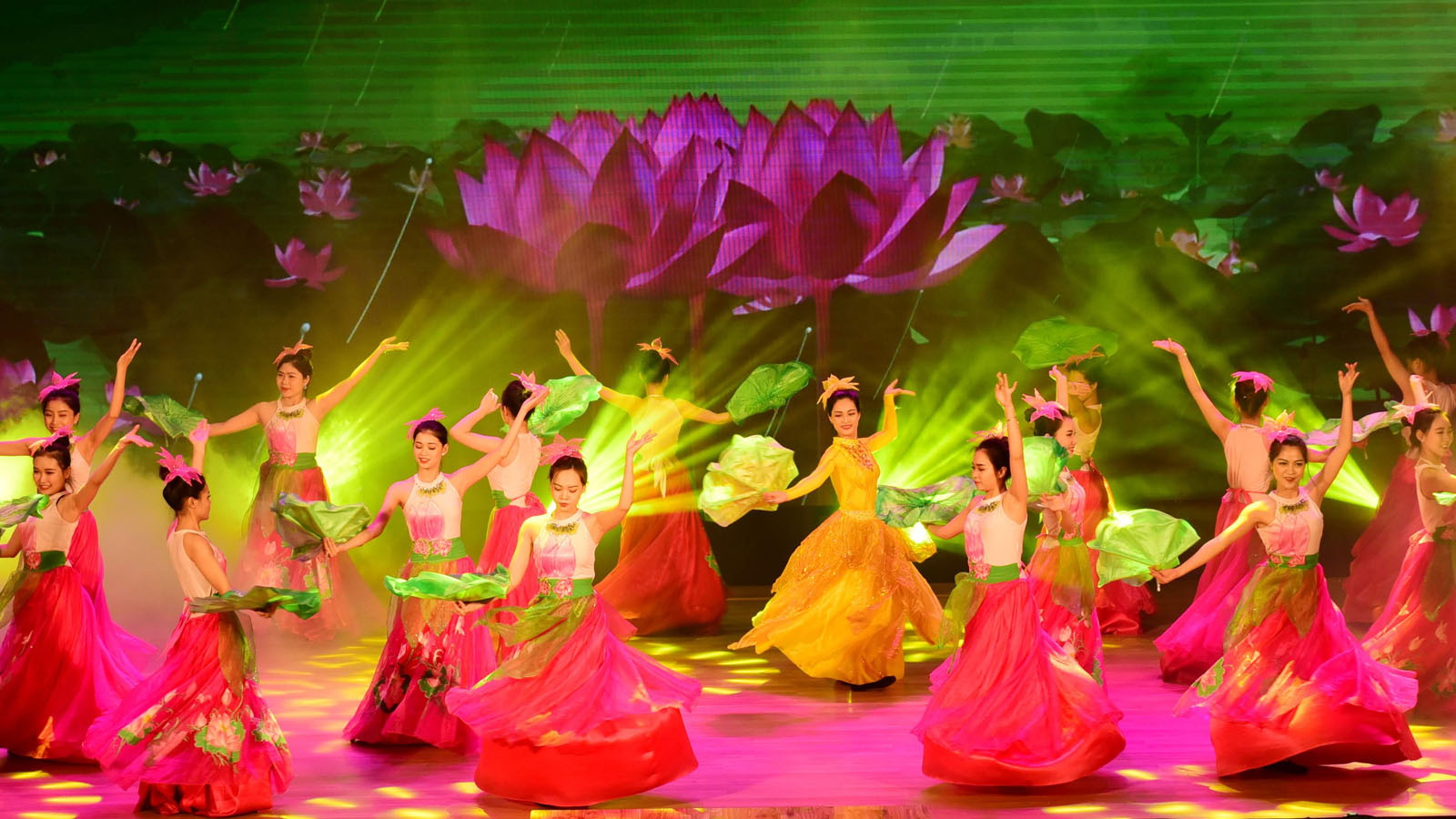 The performance is inspired by the beauty of the National Flower of Vietnam, which is a typical symbol of purity, simplicity and elegance, which has been expressed in the language of traditional and contemporary art and dance. Viewers will have unforgettable emotions with the sweet melodies of the music and the dancers’ graceful dances like fragrant lotus flowers. 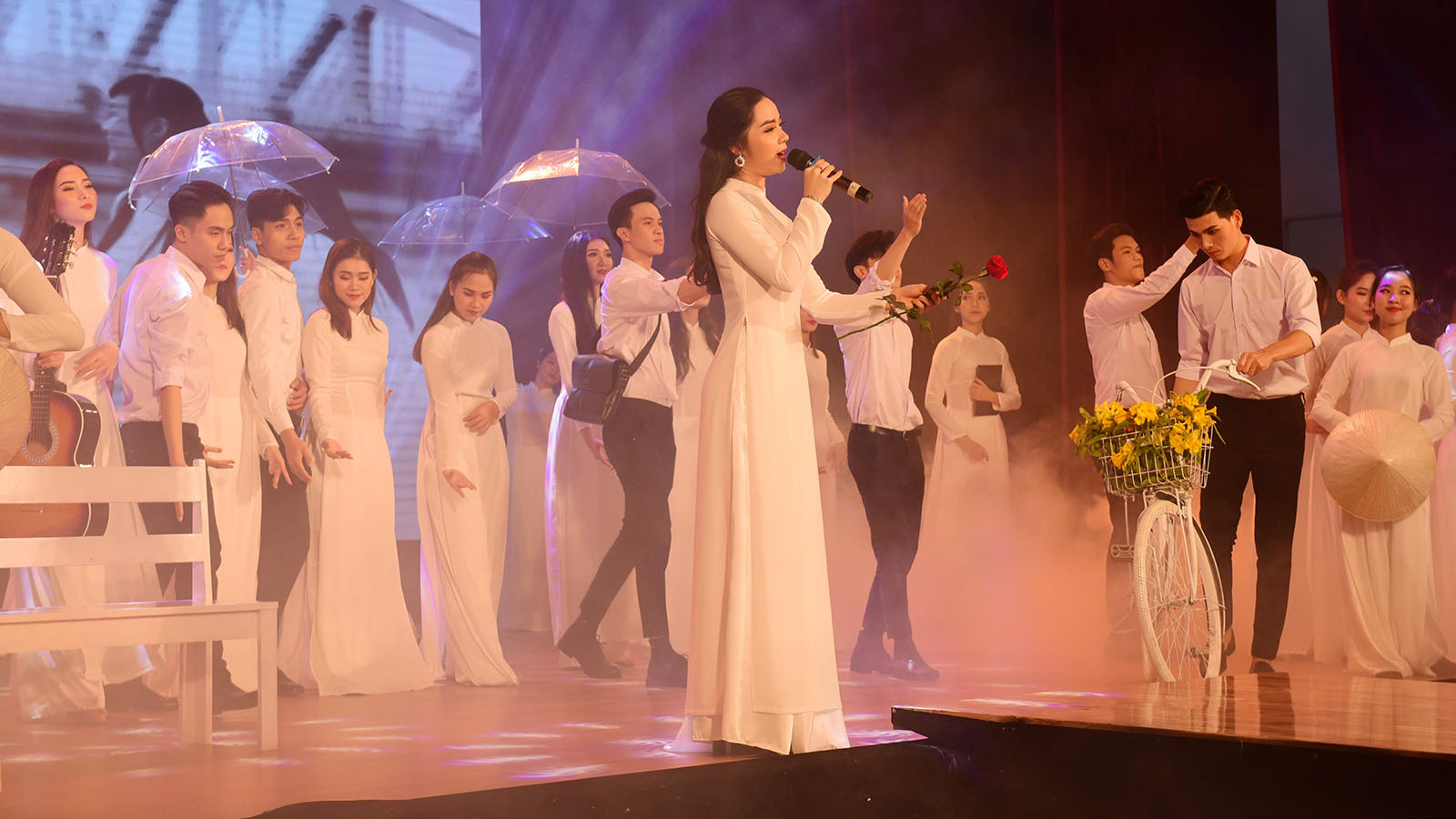 “Schoolgirl’s white ao dai” is a famous uniform of female students Dong Khanh in the land of period – the last ancient capital of Vietnam. The graceful, shy and elegant schoolgirls in pure and pure white ao dai entered into sweet and loving poems:

“Love the wonderful two-piece star
The back of the body, the front flap, the words of mountain river” 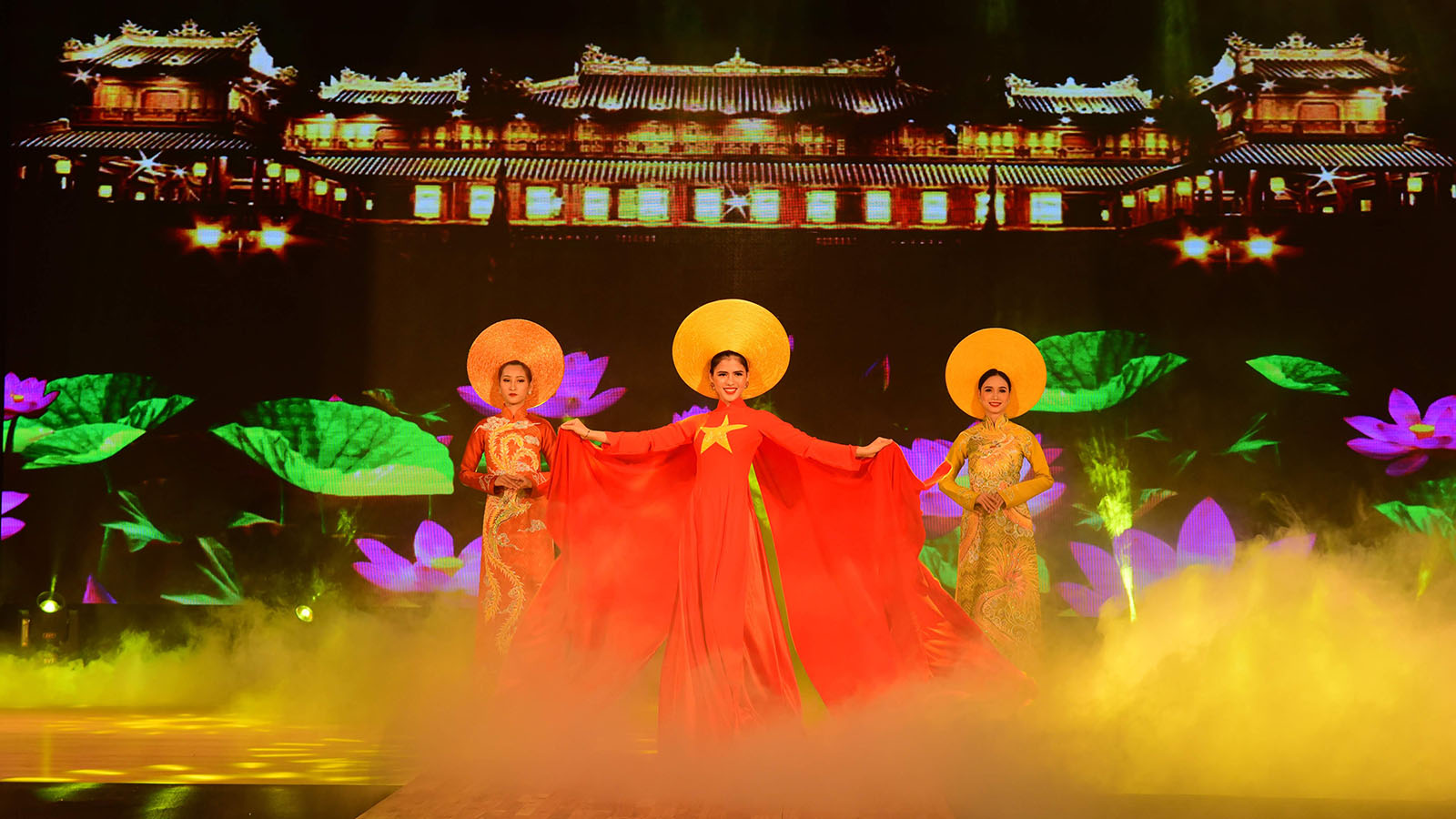 *****At the end of Ao Dai Show, customers are able take photos with actors, and models to keep beautiful moments of Vietnamese tradinoinal culture.