Unique and traditional: art show “The soul of Vietnam”

In August 2019, the Theater applies discounts for students and civil servants in groups (more than 5) with only 50,000 vnd/person. Come to enjoy the show!

“The soul of Vietnam” is an art performance filled with traditional cultures of Vietnam and especially Quang Nam – Danang area. The performance is based on Tuong art of Quang Nam, intertwined with other art forms, typical from different regions.

The show lasts 60 minutes with 7 pieces, chosen and staged professionally, bringing the quintessence of traditional Tuong art through classic acts and the signature make-up art of Tuong. The show will bring the audience back to the festive days of the village, to the moving songs of the Vietnamese orchestra.

Tourists can also experience the cultural corner where they can try on costumes of Tuong artists, learn more about the masks in Tuong performances, the techniques of mask painting and can try making the masks themselves, visit the gallery room at Tuong Theater. 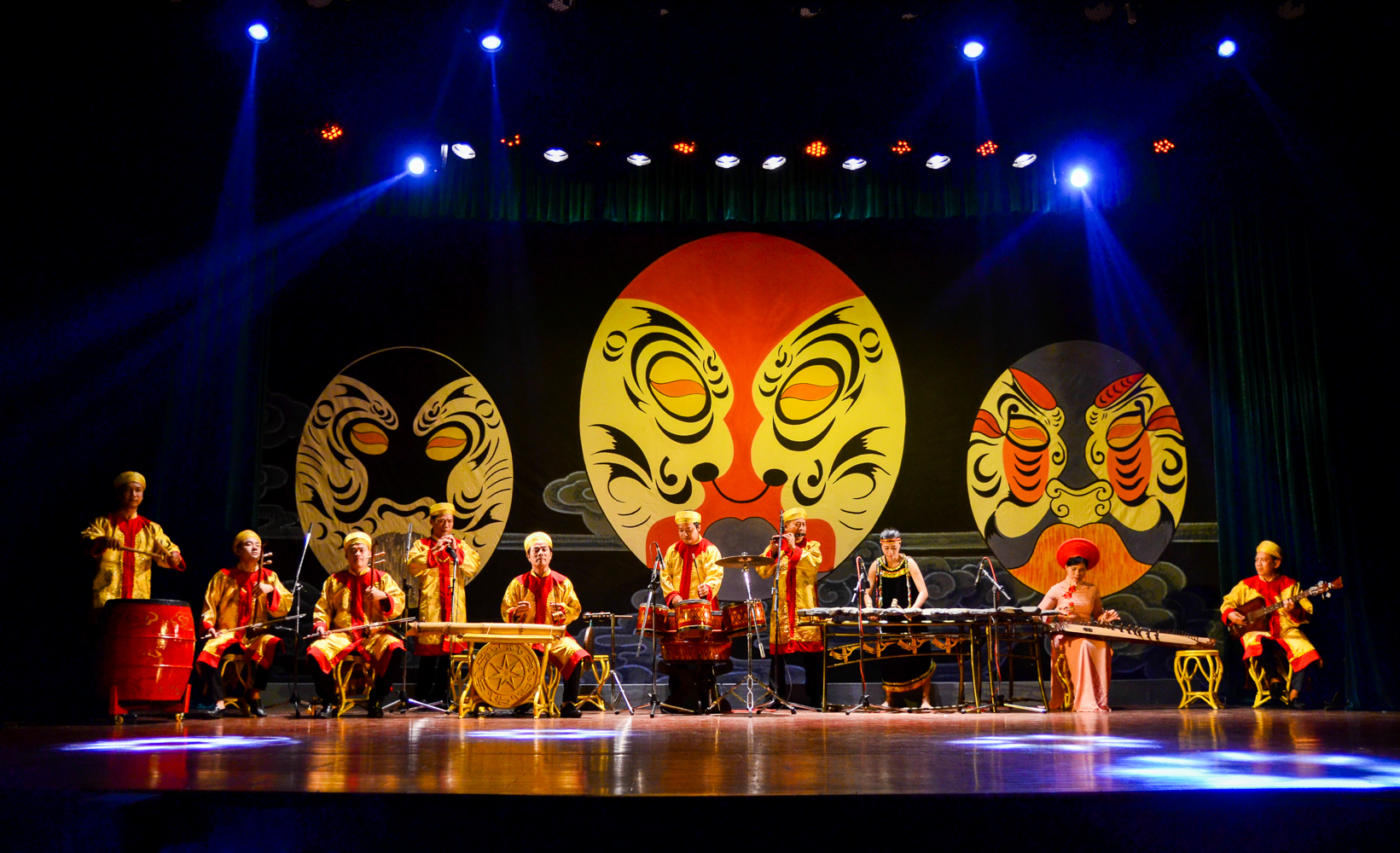 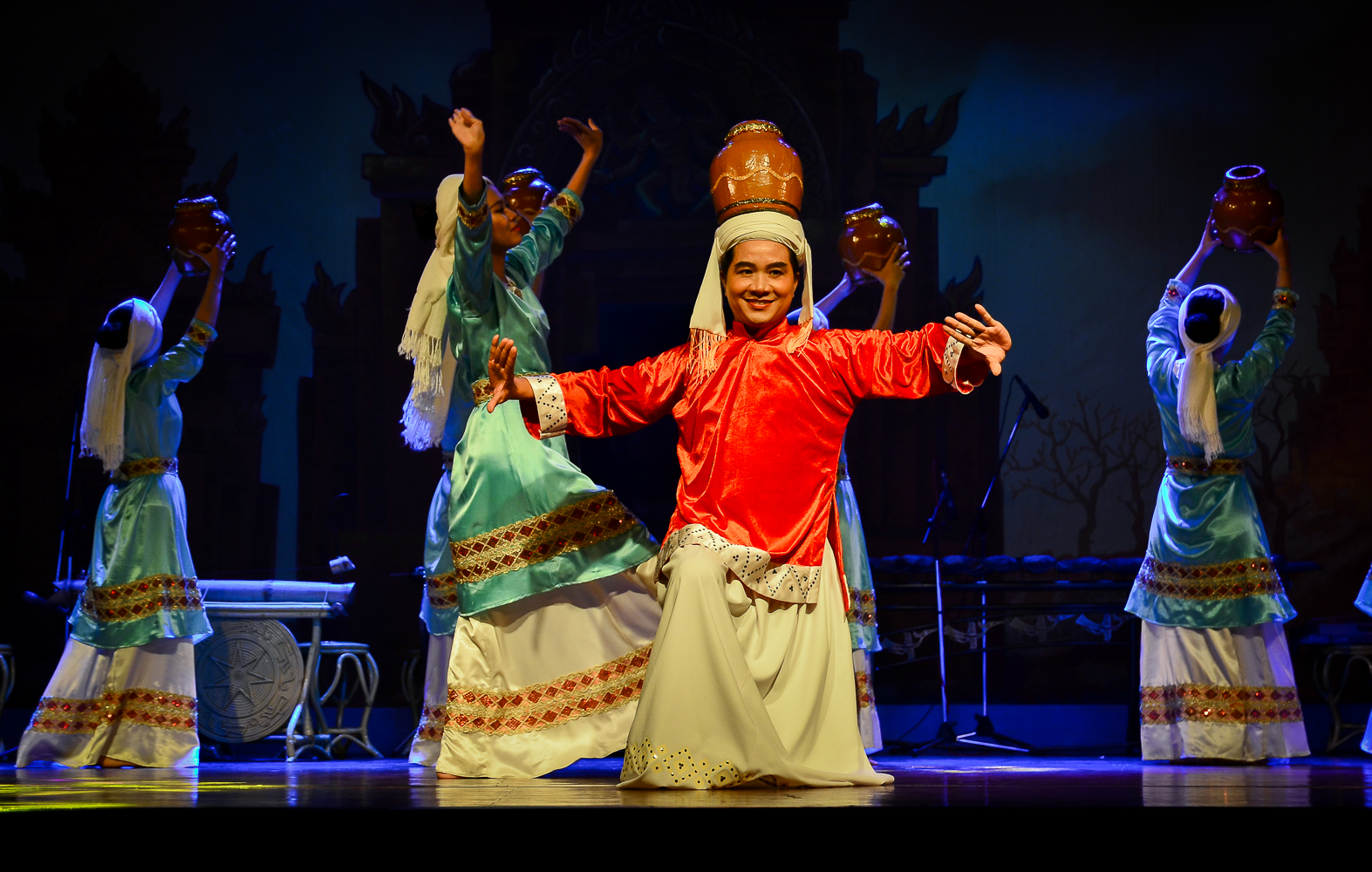 Stone instrument (Lithophone): is the oldest instrument in Vietnam and one of the most primary instruments of mankind. The instrument is made with stone pieces with different sizes and thickness. 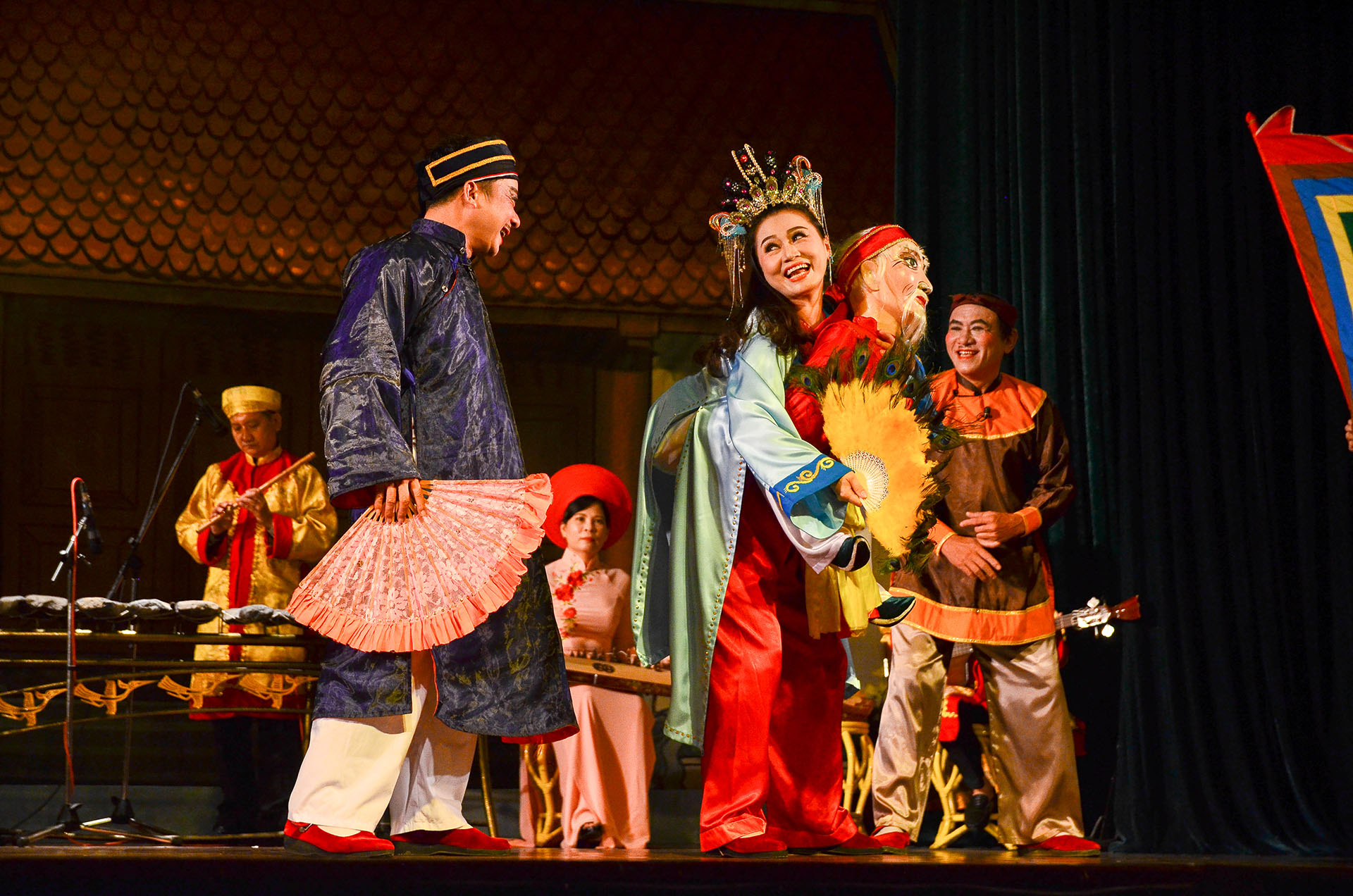 Monochord: It is a unique instrument of Vietnam. The monochord only has one string, however it can express many different levels and music styles… 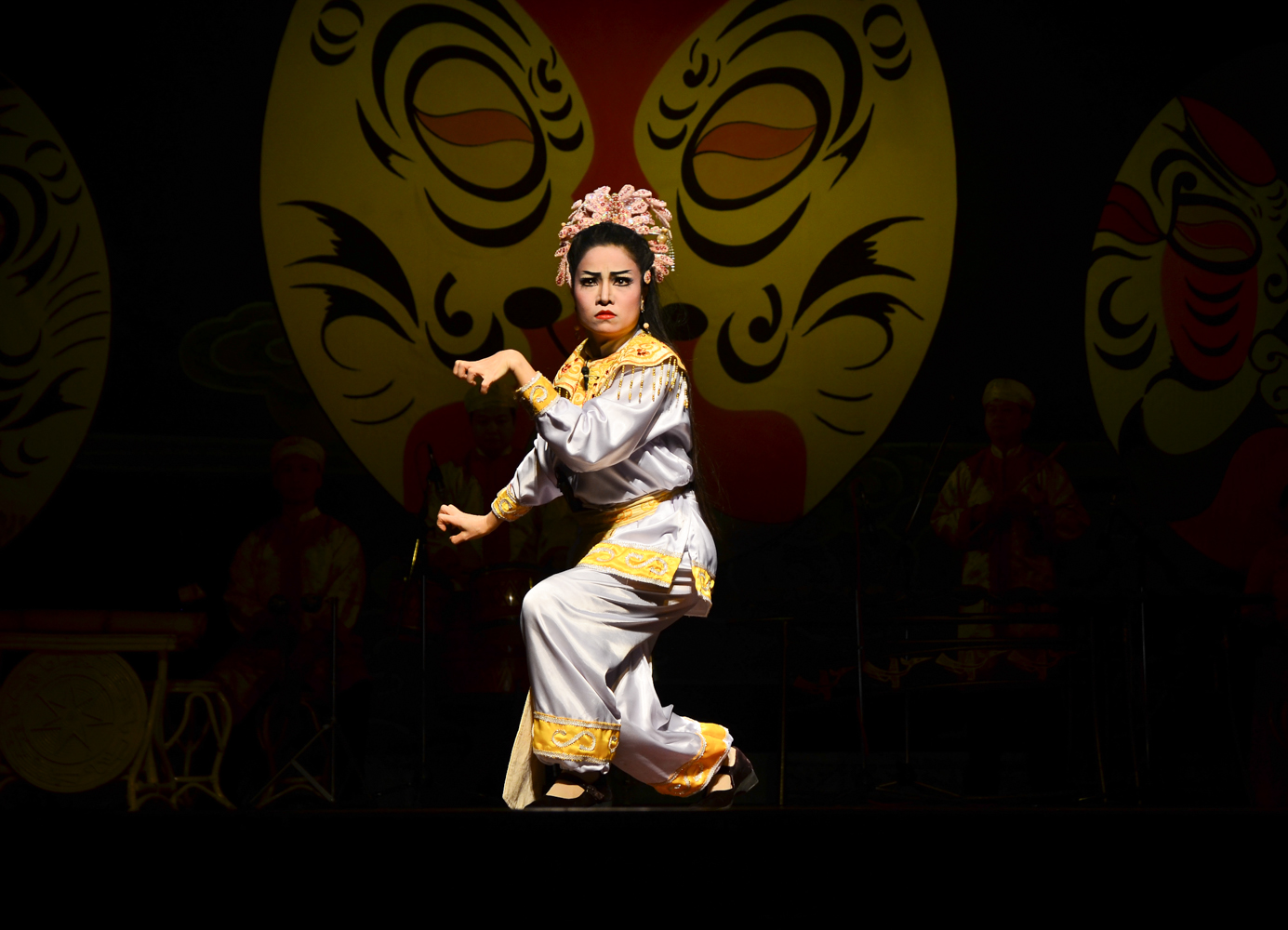 Nguyet Co hoa cao: Nguyet Co is a fox living in the forest, by practicing for one thousand years, she turned into a beautiful girl. Having a magical pearl, she became invincible. In a battle with the enemy, she fell in love with Tiet Giao, a handsome soldier who cheated her and stole her pearl. Without the pearl Nguyet Co turned back into a fox again. 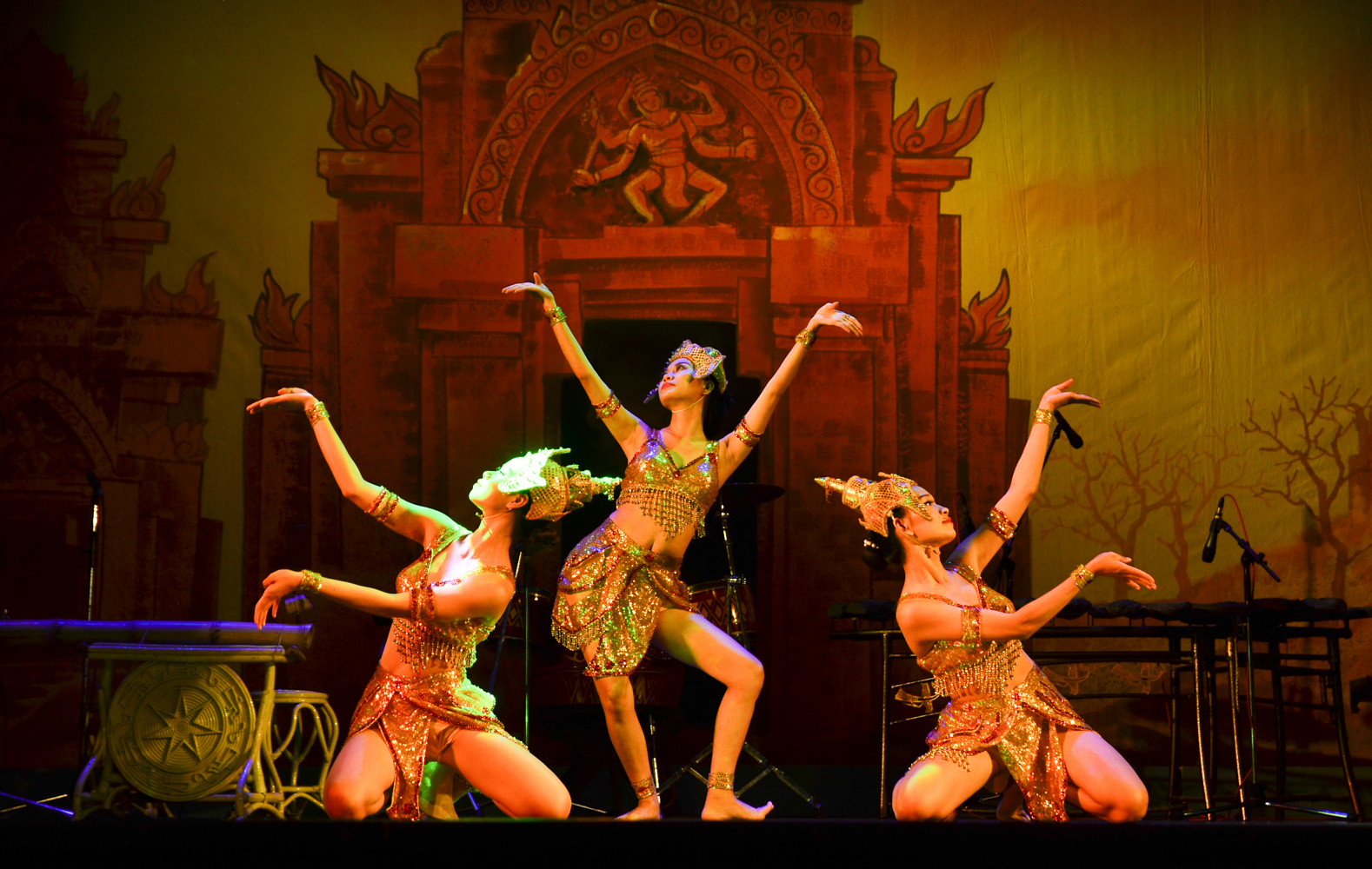 Cham Dance: In many different ethnic groups of Vietnam, Cham people left a huge treasure of culture and arts, so diverse and significant. The Cham Dance has a long-lasting origin. 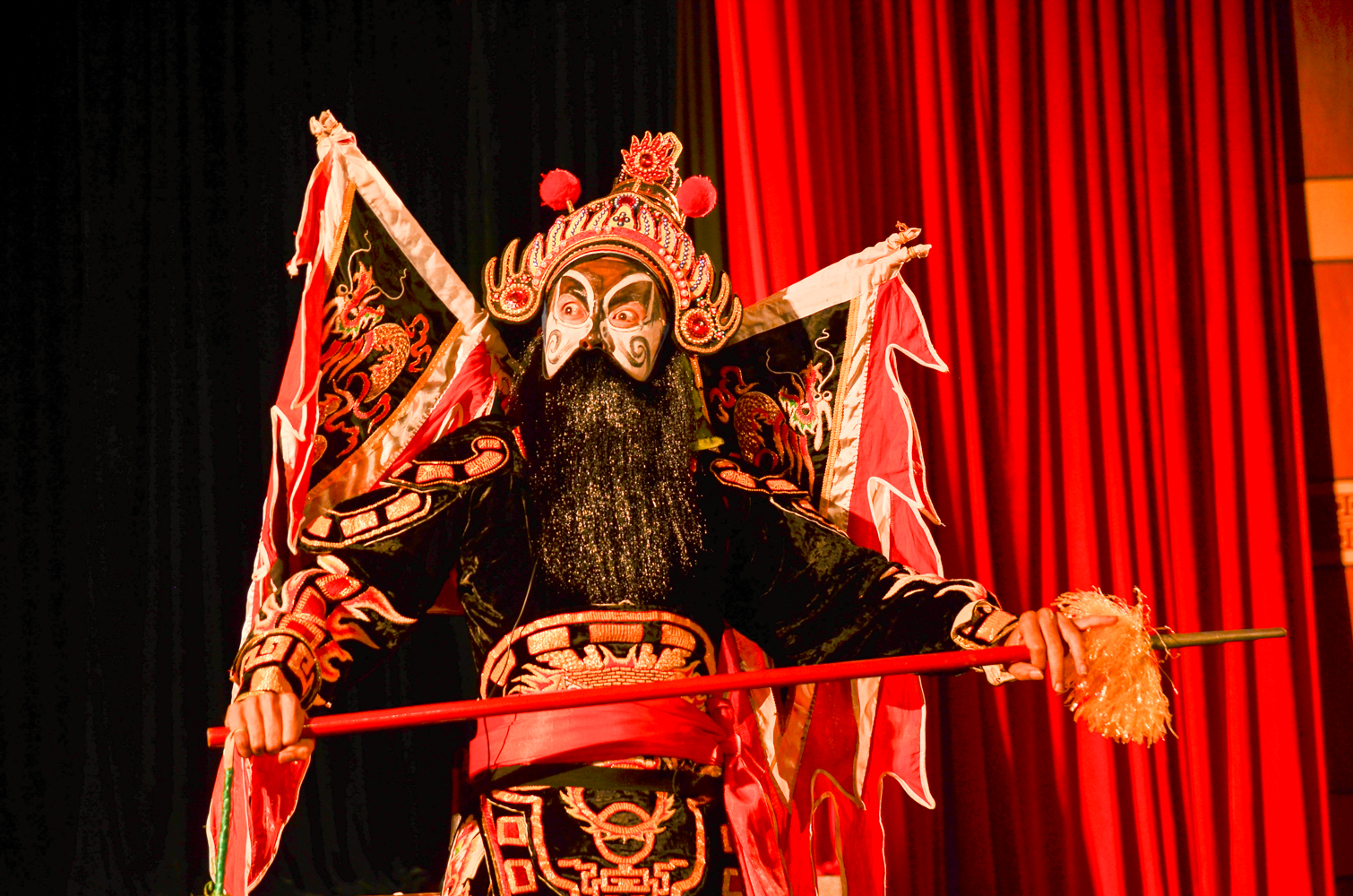 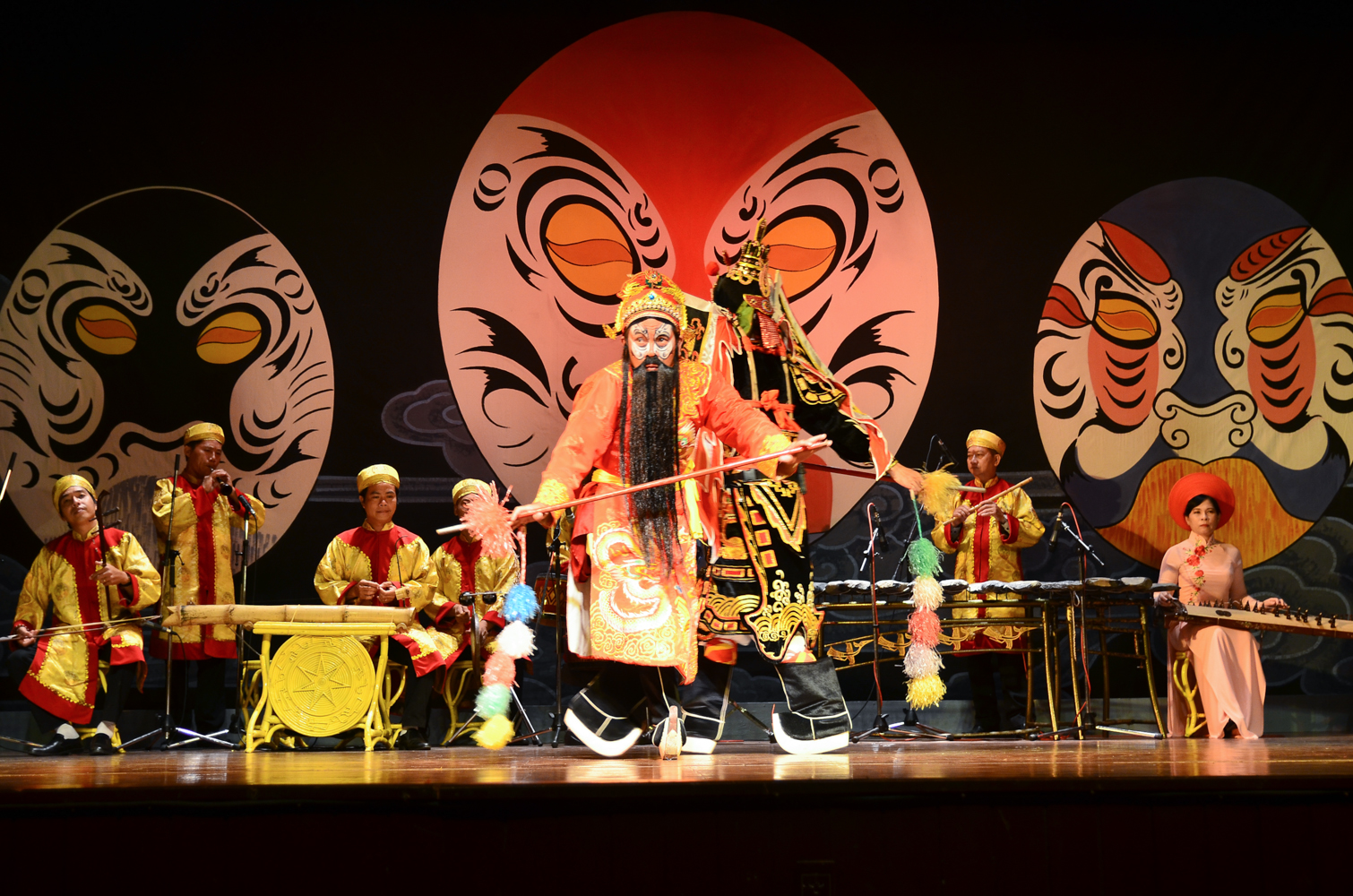 Costumes and dance of Tuong art:

Tuong is a traditional stage art of Vietnam, with many similarity to other stage arts. However, Tuong is different: other stage arts will allow a character to appear and reveal themselves by their acts, after a while the audience can understand that character.

In Tuong, the artists will make up to the characters. They do not use brushes to paint, but instead a special tool made from bamboo and other powders to put on their faces. Also the use of bold colors will express the characters’ personalities.

– Deep red: for characters with power

– Grey: for characters who are honest, courageous but with hot temper

Nguyen Hien Dinh Tuong Theater in Danang was established in 1967, with more than 50 years of art experience. The theater has many generations of artists, performers, musicians of top levels in Vietnam, many of whom are awarded with National Artist or Excellent Artist. In its long history, the theater preserves more than 100 pieces of old Tuong performances and the best episodes of Vietnamese Tuong art.