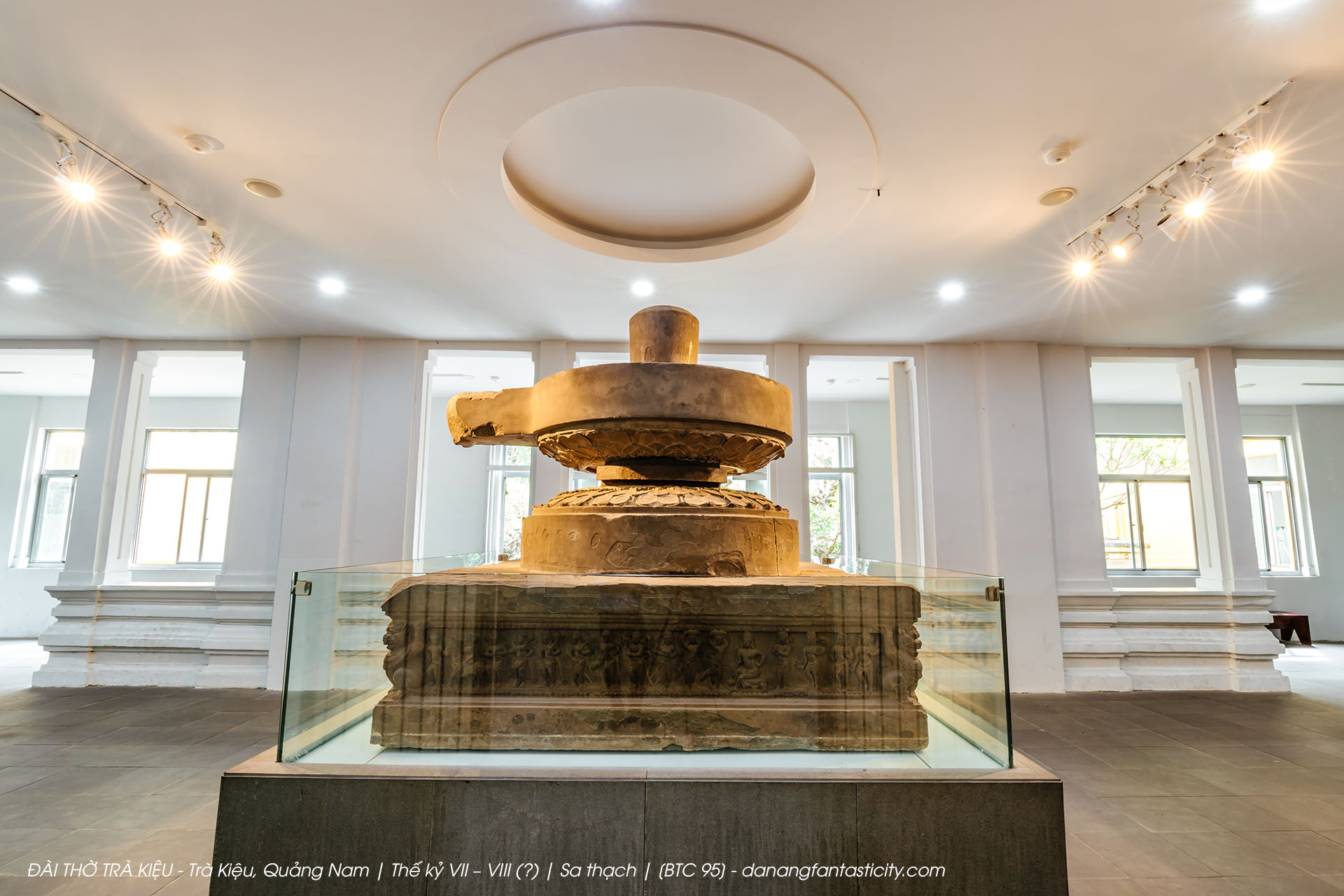 For Champa residents, the altar is the place connecting gods and temples, heaven and earth. The altar is sited in the center of the main tower, above the altar is usually a set of Linga – Yoni statues or those related to the god of the tower. Each altar represents a unique style and implication.

As stated in Hindu mythology, the god Shiva first appeared as a pillar of fire shaped like a penis. Later, people symbolized the Linga and the Yoni to worship Shiva, considered Linga to be a manifestation of positive properties, Yoni was a manifestation of the negative nature of the god (Sakti), meaning that Shiva was considered a duality. The Linga associated with the Yoni is regarded as the creation of the god Shiva.

The Linga statues in Champa existed in many different types and designs. In some works of the Linga, there are three parts representing the three supreme deities of Hinduism called theTrimurti: the upper part is a cylindrical block symbolizing Shiva – God of Destruction, the middle part is the octagon representing Vishnu – the God of Conservation while the last part is the square symbolizing Brahma – the God of Creation. Shiva’s face was carved on the circular cylinder of some statues of the Linga, which are known as Mukhalinga. Some other Linga with carvings of flame or hair tufts upon the circular cylinder are called Jatalinga, which is relatively popular in Champa sculpture. 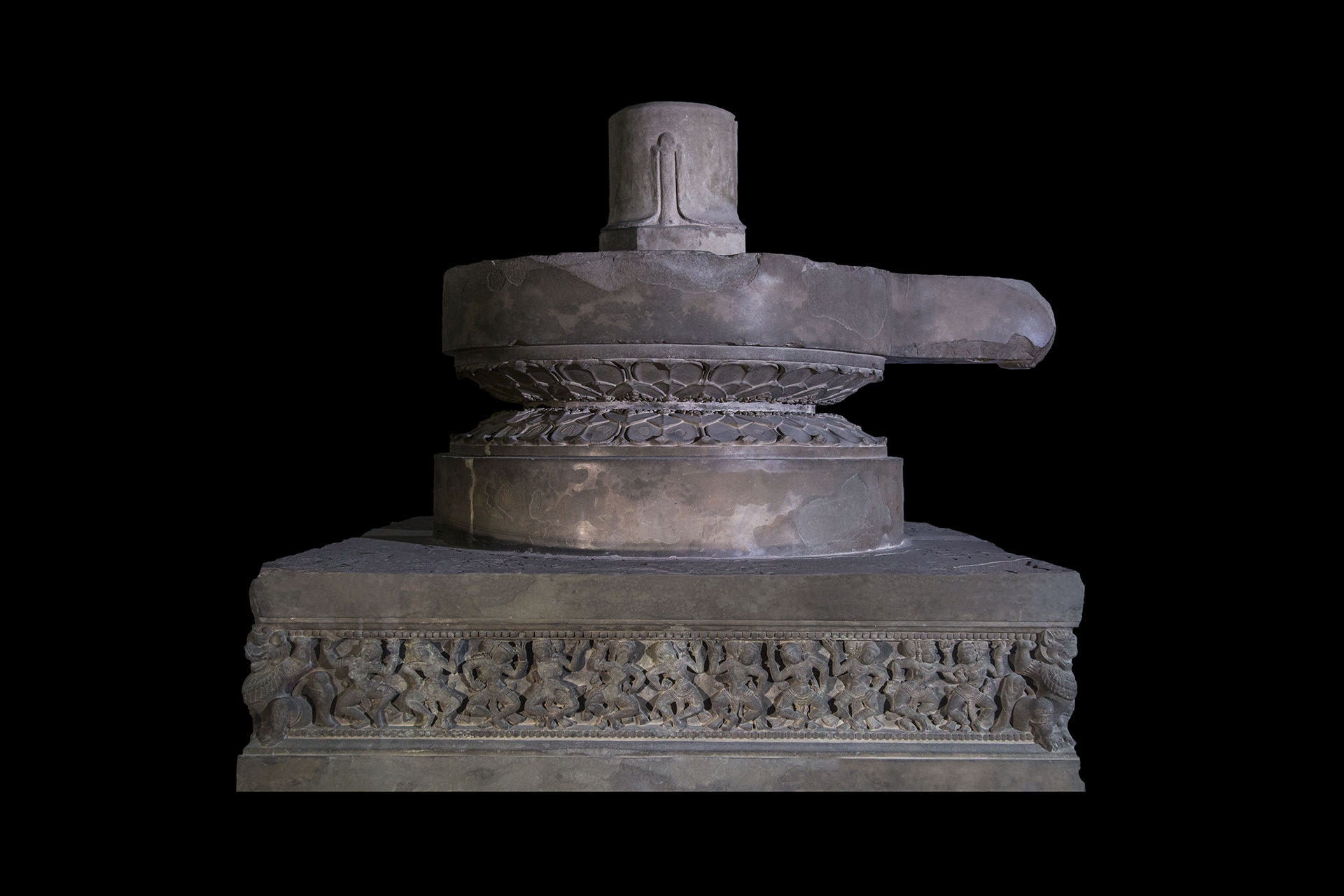 The Tra Kieu altar consists of the following parts: the top is a Linga, the middle is a Yoni pedestal with two round cutting boards skillfully decorated with symmetrical stylized lotus petals and the bottom is a square pedestal. The four sides around the block are sculptured with 61 characters with diverse poses, movements and costumes. The corners of the pedestals present a lion standing with their front legs to support the altar. Tra Kieu altar is recognized as one of the sculpture masterpieces as well as one of the four existing National Treasures of the Museum. Immediately after being discovered, the altar attracted many researchers to decipher the stories of the characters on the altar and analyze its dating.

Later, researcher Tran Ky Phuong suggested that the four scenes on the altar relate to a successive series of events from the Ramayana.

In particular, Scene A describes the steer Visvamitra, Prince Rama (son of King Dasaratha) and his younger brother Lakshman from Ayodhya city to Janak’s Mithila to bend the bow in response to the wedding challenge of King Janak, who promised to marry Princess Sita to anyone who could do that. There, Rama broke the divine bow in the amazement and admiration of King Janak and his court.

Side B illustrates King Janak sending an envoy to Ayodhya city to inform and invite King Dasaratha to the capital city Mithila to attend Rama and Sita’s wedding.