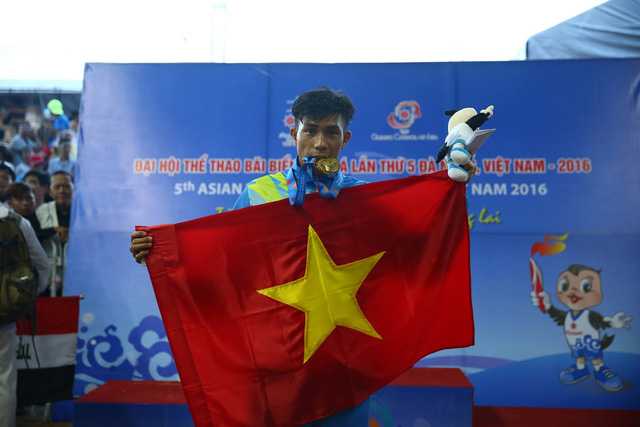 Wang, a strong fighter from China, was unable to shock the Vietnamese boxer.

Nhat, who has been a world champion in his division six times in a row, defeated his rival 30 to 27, VTC News reported on Monday.

He is the son of famous boxing couple Nguyen Tran Dieu and Minh Anh Ngoc, and started training as a martial artist at a very young age.

2008 became a milestone in his career when he joined Ho Chi Minh City’s Muay team. Since then, the 27-year-old boxer has always been one of the country’s best Muaythai fighters.