To start a New Year, for the 1st time in Danang City, we warmly welcome the Clipper Round the World Yacht Race 2015-2016.

The Clipper Round the World Yacht Race is the world’s longest ocean adventure and is also regarded as one of the toughest endurance challenges on the planet. At 40,000 nautical miles long and taking almost a year to complete. It consists of twelve teams with 690 amateur sailors from 44 nations competing against each other on the world’s largest matched fleet of 70-foot ocean racing yachts from August 2015 to July 2016, stops by 14 Ports around the world in London – UK, Rio de Janeiro – Brazil, Cape Town – South Africa, Albany – Australia, Sydney – Australia, Hobart – Australia, Airlie Beach- Australia, Danang – Vietnam, Jingdao – China, Seattle – The USA, Panama, Derry – Londonderry- North Ireland, Den Helder – The Netherland and back to London.
The overall route is split into a series of 14 global races and a maximum 12 points going to first place ascending to 1 point for twelfth place. The team with the highest cumulative points at the end of the final race wins the series, and the Clipper Race trophy.
It has stopped in Rio de Janeiro (Brazil), Cape Town (South Africa), Albany, Sydney, Hobart, Airlie Beach (Australia) and has just arrived to its first Asian stop in Danang, Vietnam. (Danang – New Discovery of Asia) 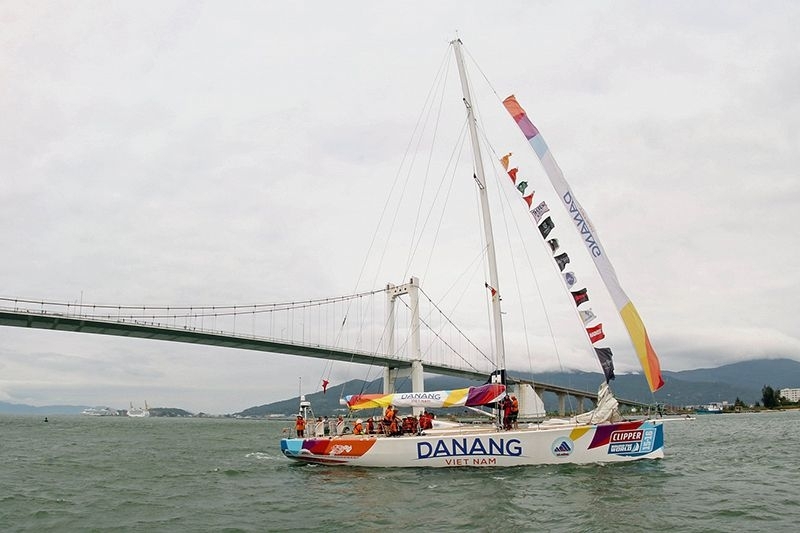 During the time being in Danang, from 17 to 27 of February, 2016 at Danang Port and the city center, there will be many supporting activities to welcome the Clipper Race to Vietnam, as well as create a festivous atmosphere for the locals and tourists in the Lunar New Year.

Now, in front of your eyes is the parade of the world’s largest matched fleet of 70-foot ocean racing yachts, designed by the Architect Tony Castro with the height of 29m, 21.3m long, The Clipper 70 has 11 sails and the combined sail area for a Clipper 70 yacht is 1,530 square metres with the average speed of 7.1 knots.
The parade consists of 12 yachts with their names represent for the city, enterprises, organization in the world as well as the sponsors of the Race.

The leading Yacht is Danang – Vietnam team with 58 crew members, they range in age between 19 and 67 and come from the UK, Australia, New Zealand, Qatar, Singapore, Colombia, Sweden, Israel, Mexico and Chile and especially, Mr. Nguyen Tran Minh An from Danang, Vietnam.

The Da Nang – Viet Nam team is led by Skipper Wendy Tuck, 50, the first ever Australian female to lead a team in the Clipper Race. Ms. Wendy is the Privilege Captain of the Royal Yacht Association of Australia with 10-year experience in coaching yacht racing. The Clipper Race is not only a memorable experience for each crew member but also an opportunity to bring the pride of Vietnam to the world through the image of Danang sailing through the London Bridge or the Opera Sydney. This is also a fantastic occasion for Danang City to promote the tourism, culture through traditional art performances. We do believe by this opportunity, Danang Tourism together with the Clipper Race will go to see the world, become an international and attractive destination to all global friends.
– Da Nang – Viet Nam’s standings over races

The grand opening ceremony of Mikazuki hotel – The very…

The next Yacht coming is the PSP Logistic, Sponsored by its own PSP logistic Company, best known within the marine industry for its specialism in boat transportation and race logistics. PSP’s expertise stretches much wider than the marine sector, and the company provides project logistics across all markets, from oil and gas to architecture and from exhibitions to wind turbines. This is the 4th time PSP Logistics joining the Clipper Race leading by the Skipper Max Stunell from England.
Following by is the Unicef Crew. Unicef has joined forces with the Clipper Race to help make a safer world for children. In addition to being the Official Race Charity, Unicef is also a debut team entry leading by the 40-year-old Skipper Jim Prendergast from England

Team Clipper Telemed+ is led by young Skipper Matt Mitchell from England. A new telemedicine business for the maritime world, Clipper Telemed+ is a joint venture. It provides fast emergency and general medical support for sailors in order to ensure the health condition of all crew members.
Garmin Yacht, led by Skipper Ashley Skett, 31 Years Old, from England. Two-time sponsor, Global GPS Technology Company Garmin returns following the brand’s successful sponsorship in the last edition of the race. The world’s leading manufacturers of navigation and electronics equipment in the marine; the race’s crew and Skippers will use and test Garmin products during the circumnavigation.
– Derry~Londonderry~Doire, with Skipper Daniel Smith, 32 years old from England. Derry City and Strabane District Council is the local council for the North West area of Northern Ireland and first came on board in the 2011-12 edition of the race. One of its main goals is promoting the growing sector of tourism and encouraging economic development and investment in the area.
The Skipper of Mission Performance is Mr. Greg Miller, 40 years old from England. Its diverse team is made up of Royal Marines, Arctic explorers, mountaineers, elite sports coaches and actors. These facilitators deliver high impact development programmes to enable people, teams and organisations to perform beyond expectation. They deliver learning solutions to help solve strategic challenges and exploit specific business opportunities. 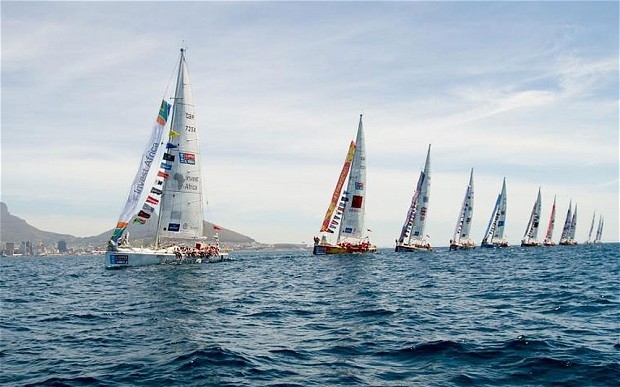 Leading the IchorCoal Team is Skipper Darren Ladd, 50 from England. First time sponsor IchorCoal is an international coal mining company focusing on thermal coal exploration, production and mining in South Africa. The aim is to inspire eight young South African men and women on the programme to return with life skills learnt and experienced through ocean racing to motivate others from their community to work and be inspired to achieve a better, more successful future.
Qingdao is led by Skipper Bob Beggs, 55 from England. The Chinese city of Qingdao is the longest-serving consecutive Team Sponsor and Host Port in Clipper Race history. Along with hosting the sailing events in the Beijing Olympic Games in 2008, Qingdao’s sailing sport status has grown significantly because of its Clipper Race partnership. Qingdao not only hopes to build on its current achievements but also aims to raise the city’s international profile, boost tourism, encourage the development of sailing sports and introduce new business opportunities to attract more foreign enterprises to invest in and do trade with Qingdao.

GREAT Britain, led by Skipper Peter Thornon, 38 from England. GREAT Britain is the UK Government’s most ambitious international marketing campaign ever. It showcases the best of what Britain has to offer in order to encourage the world to visit, study and do business with the UK.
Last but not least, LMAX Exchange, led by Skipper Olivier Cardin, 45 from France. LMAX Exchange, the electronic trading platform and financial technology innovator for global foreign exchange, is a first time Team Sponsor.

Being the first time Team Sponsor, this is an outstanding experience for Danang City to see the world as well as to be an interesting discovery as a brand new attractive destination on the rise.