The Routes Asia 2022 host has a burgeoning tourism industry, attracting about 8.7 million visitors in 2019—up by more than 13% on the previous 12 months. 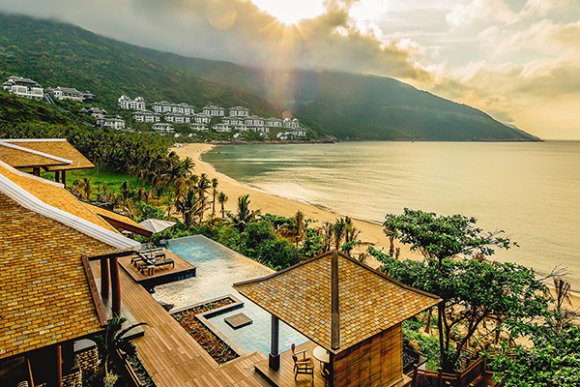 A key international gateway to Vietnam, Da Nang is seeking to reactivate its tourism industry and position the seaport city as a hub for entrepreneurship, innovation, logistics, finance and culture over the coming decade.

Central to its ambitions is the ongoing development of Da Nang International (DAD), the third largest airport in Vietnam. In line with the rapid expansion of the country’s low-cost market in recent years, capacity at Da Nang surged from 2 million departure seats in 2011 to more than 9.2 million in 2019.

Although pandemic-related travel restrictions have inevitably curtailed growth, the outlook for air traffic in the region remains strong, giving authorities in Da Nang the confidence to push ahead with a series of airport infrastructure investments designed to increase capacity to 28 million passengers and 200,000 tons of cargo per year by 2030.

Da Nang is the largest city in central Vietnam and one of the country’s most important ports, marking the half-way point between Hanoi in the north and Ho Chi Minh City in the south.

Known for its 30 km stretch of sandy beaches, the city has a burgeoning tourism industry, attracting about 8.7 million visitors in 2019, up by more than 13% on the previous 12 months. South Korea, China and Thailand are all large source markets.

The city is home to more than 60 four- and five-star hotels, including the InterContinental Da Nang Sun Peninsula Resort, which was named the world’s most luxurious resort at the World Travel Awards for five years running between 2014 and 2018.

Da Nang also remains an important sea gateway for the Central Highland region and an east-west economic corridor connecting Vietnam with Laos, Thailand and Myanmar. The city has about 1.16 million residents, with the population forecast to swell to about 1.8 million by the end of the decade.

In March, prime minister Nguyen Xuan Phuc approved a new masterplan that aims to transform the city into the socio-economic centre of the country by 2045. A focus on high-tech industrial clusters is envisaged, alongside investment in science, sport, culture and logistics.

Situated in the western part of the city centre, Da Nang International has a domestic terminal T1, which was put into operation in 2011, and an international terminal T2 inaugurated in 2017.

Flag-carrier Vietnam Airlines and LCC VietJet were the largest operators at DAD in 2019, offering some 2.7 million and 2.4 million departure seats respectively. VietJet’s growth has been a particular highlight, with its capacity from the airport expanding by 26% in 2019 compared with the previous 12 months.

The OAG data shows that domestic destinations accounted for about 56.3% of total capacity from Da Nang in 2019, equating to some 5.2 million seats, while airlines offered some 4 million seas to international points. However, the share of international seats has increased markedly since 2011 when fewer than 51,000 were available, or 2.5% of the airport’s total capacity.

Although COVID-19 lockdowns and travel restrictions in Vietnam have stunted capacity growth over the past 18 months, DAD currently has domestic connectivity to 12 points, as well as scheduled international flights to Busan, Hong Kong, Seoul and Taipei.

Work is also underway to expand T1 to raise capacity to more than 14 million passengers per year by 2025, while there is also a focus on upgrading taxiways and aprons. Overall, Da Nang hopes to be able to accommodate 28 million passengers and 200,000 tons of cargo annually by 2030. 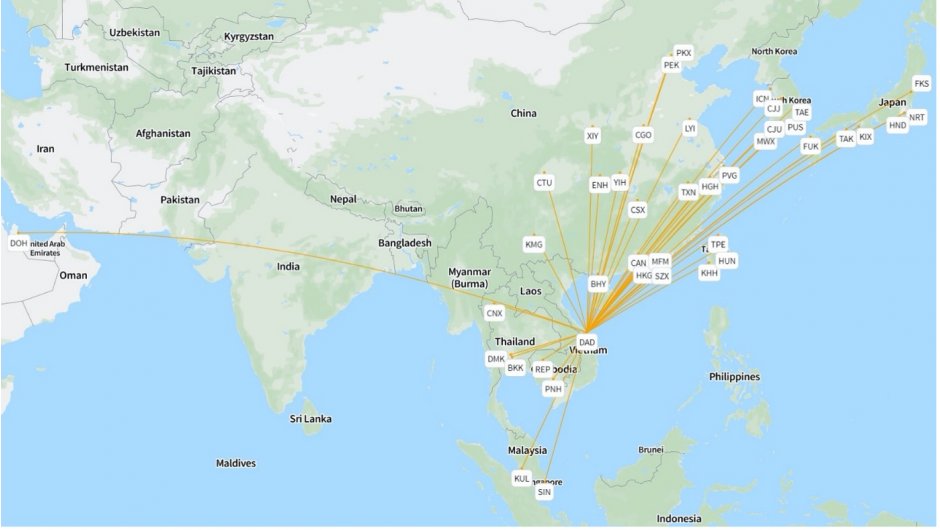 While increasing tourism is a priority for Da Nang, achieving growth in a sustainable way is at the heart of the city’s strategy. It was awarded the title National Green City 2017-18 by the World Wide Fund for Nature—one of only 21 cities globally—and is targeting a 25% cut in greenhouse gas emissions compared with 2016 levels.

To help it achieve its goals, the city’s first solar farm is planned for the now-closed Khanh Son Landfill site at a cost of $5 million, which will supply 7.7 million kWh per year to the city’s power grid and reduce carbon emissions each year by nearly 5,000 tons.

Tourism projects are also appraised and environmentally monitored, while the city has implemented a program called ‘Clean up Son Tra’ designed minimize environmental pollution on the Son Tra Peninsula, particularly from plastic waste.

Da Nang is a favorite destination for culinary experiences